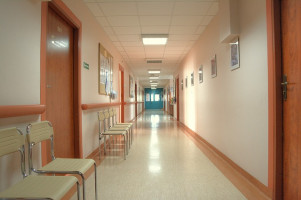 The study was published today in Nature Medicine, and results recently were presented at the 2021 American Society of Hematology (ASH) meeting.

Of the 40 patients treated with axi-cel, 89% had an objective response and 78% experienced complete response.

The estimated overall survival rate at 12 months was 91%.

At data cutoff, after median follow up of 15.9 months, 73% of patients had an ongoing response.

While the median for duration of response, event-free survival and progression-free survival were not reached, 12-month estimates were 81%, 73% and 75%, respectively.

“Existing treatments for LBCL consist of six months of chemotherapy,” said Sattva Neelapu, M.D., professor of Lymphoma and Myeloma. “These results provide evidence that axi-cel may offer effective responses in one treatment and eliminate the need for patients to be exposed to other therapies.

Axi-cel is an autologous anti-CD19 CAR T cell therapy manufactured from the patient’s own T cells, which have been extracted and then reprogrammed with CAR molecules to help the T cells recognise cancer cells.

The re-engineered T cells are infused back into the patient to attack the cancer.

Based on the pivotal ZUMA 1 study, axi-cel was approved by the FDA in 2017 for the treatment of adults with relapsed or refractory (R/R) LBCL who already have received two or more lines of systemic therapies.

The Phase II ZUMA-12 trial expands on the ZUMA-1 findings by evaluating the use of axi-cel as first-line therapy for patients with high-risk LBCL.

High-risk LBCL is a subgroup of the disease in which patients have double- or triple-hit lymphoma or additional clinical risk factors identified by the International Prognostic Index (IPI) or interim positron emission tomography (PET) scan.

Historically, less than half of these patients achieve long-term disease remission with typical treatment approaches like chemoimmunotherapy.

Forty patients with high-risk LBCL were enrolled and treated with axi-cel.

Ninety-five percent had stage III/IV disease, 25% had double or triple-hit status per central assessment and 78% had an IPI score ≥3.

The treatment was well tolerated with no new safety signals.

“A randomized trial is necessary to confirm these results,” Neelapu said. “I am highly encouraged that with additional studies we can move CAR T cell therapy to be the first treatment for high-risk lymphoma patients.”

Neelapu and his team plan to continue follow-up analyses to confirm the durability of the patients’ responses to axi-cel.

Additionally, more clinical trials will be necessary to definitively demonstrate whether CAR T cell therapy is more effective for high-risk LBCL patients than chemoimmunotherapy, the existing standard of care.