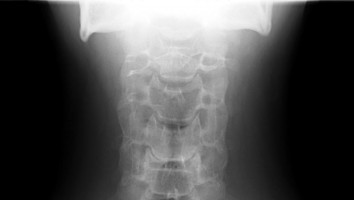 It may be possible to identify the presence of an aggressive brain tumour in children by studying their cerebrospinal fluid, according to new research led by Johns Hopkins Kimmel Cancer Center investigators.

Comparing cerebrospinal fluid samples from 40 patients with medulloblastoma — the most common malignant brain tumour in children, accounting for 10% to 15% of paediatric central nervous system tumours — and from 11 healthy children without the disease, investigators identified 110 genes, 10 types of RNA--the machinery that translates proteins--called circular RNAs, 14 lipids and several metabolites that were expressed differently between the two groups. While these details were not specific enough to distinguish among the four subtypes of medulloblastoma, they could be used to identify the presence of cancer versus normal fluid.

A description of the work was published in the journal Acta Neuropathologica Communications.

“We believe this is the first comprehensive, integrated molecular analysis of the cerebrospinal fluid in medulloblastoma patients,” says senior study author Ranjan Perera, Ph.D., director of the Center for RNA Biology at Johns Hopkins All Children’s Hospital (JHACH) in St. Petersburg, Florida. Perera is also a senior scientist at the JHACH Cancer & Blood Disorders Institute and an associate professor of oncology at the Johns Hopkins University School of Medicine. He has a secondary affiliation with the JHACH Institute for Fundamental Biomedical Research.

“Our study provides proof of principle that all three molecular approaches — studying RNA, lipids and metabolites — can be successfully applied to cerebrospinal fluid samples, not only to differentiate medulloblastoma patients from those without the disease but also to provide new insights into the pathobiology of the disease,” Perera adds.

“This study provides data for novel biomarkers to detect and track medulloblastoma, which are very much needed to enable improved patient outcomes,” says Chetan Bettegowda, M.D., Ph.D., Jennison and Novak Families Professor of Neurosurgery at Johns Hopkins. “This work also forms the theoretical basis for examining similar biomarkers for other types of brain cancers and other neurological disorders.”

The current diagnosis is based on clinical assessment, imaging and biopsies from tumour tissue. There is an unmet need for diagnostic tests to detect the disease sensitively during the initial presentation and especially during any recurrences because recurrences are not always seen on magnetic resonance imaging (MRI), Perera says.

Liquid biopsy — the molecular analysis of biofluids — is a minimally invasive method that shows promise for disease detection and monitoring by measuring circulating tumour cells, DNA, RNA or other substances in the urine, cerebrospinal fluid and blood samples. Because cerebrospinal fluid bathes the brain and spinal cord, it was considered a way to provide a window to tumours arising in the central nervous system and disseminating in the fluid, Perera says.

During the study, Perera and colleagues used gene sequencing, metabolic and lipid profiling laboratory techniques to tease out the differences in RNA, metabolites and lipids in cerebrospinal fluid samples from patients with medulloblastoma and healthy controls.

Patients with medulloblastoma were found to have a unique RNA metabolic and lipid landscape in their fluid that might be helpful for diagnosis and monitoring, and that reflects biological changes consistent with the presence of medulloblastoma in the central nervous system, Perera says. The metabolite and lipid profiles both contained indicators of tumour hypoxia — a condition in which tumour cells were deprived of oxygen.

More studies in larger patient populations are necessary to confirm the findings, Perera says. The analysis provides several biomarkers that can be studied further.

The work was supported in part by the Schamroth Project funded by Ian’s Friends Foundation, the Hough Family Foundation, Susan and Robb Hough, and the National Cancer Institute (grant 1R37CA230400).