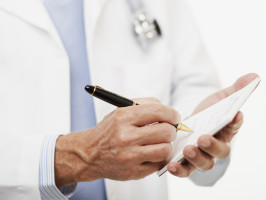 A recently published paper in the journal Molecular Cancer by the group of Dr. Manel Esteller, Director of the Josep Carreras Leukaemia Research Institute, ICREA Research Professor and Genetics Chairman at the University of Barcelona, ​​shows that transfer RNAs for certain amino acids are altered at the epigenetic level in some types of cancer, expressing it in an exaggerated manner in some cases and being deficient in others.

Our DNA dictates the production of the building blocks that make up our cells, the proteins. The latter are produced in factories in the intracellular environment called ribosomes, which look like tiny mushrooms.

In these true assembly lines is where the transfer RNAs are involved, molecules that read the genetic information and provide the right amino acids to bind them, one after the other, in a universal mechanism that serves all the proteins in the human body, from haemoglobin to insulin.

Until now, it was believed that these transfer RNAs were like robots, always repeating the same routine and without any ability to be regulated or modified, and that they did not play a relevant role as a cause of disease. Its great variability, however, made Dr. Esteller think that there could be something else.

"There are more than two hundred different transfer RNAs each attached to a specific amino acid. Such diversity in the human genome led us to think that they should be more than repetitive pieces, which were monotonously packing amino acids in boxes to make proteins, but they could also be individually regulated and contribute to the origin of certain pathologies”, explains Esteller.

The first step was to study their expression patterns in human tumours using bioinformatics tools.

"We noticed that their expression profiles in cancerous tissues were different than in healthy parts, and they often depended on the affected organ," he continues and adds that “we went beyond computational data and demonstrated a couple of specific cases in the laboratory: a transfer RNA for the amino acid isoleucine ceased to be present in colon cancer, while in uterine cancer a switch was opened that activates the overexpression of a transfer RNA for the amino acid arginine”.

According to the results of the research, signed by Dr. Margalida Rosselló-Tortella as the first author, this epigenetic lesion was associated with a worse clinical course of the tumour in patients who had it, opening a new possible treatment approach worth exploring it, because when researchers re-silenced this member of the protein assembly line, tumours stopped growing, always in preclinical studies.

"Our work shows that these molecules are actively involved in the development of cancer and could be attractive targets for next-generation drugs," concludes the researcher.