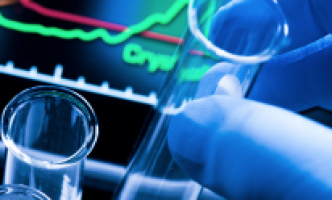 Acute myeloid leukaemia (AML), the American Cancer Institute estimates, will affect more than 20,000 Americans this year and kill more than 11,000 of them. Many of those who are treated with intensive chemotherapy or stem cell transplantation will have side effects, including infections, hair loss and vomiting, in addition to long term complications.

To improve that situation, Stanford School of Medicine professor Kathleen Sakamoto has been working on the development of therapeutics against AML and other blood disorders.

But as her team have pursued new ideas about how to treat AML, their search has been hampered by a subtle gap between two technologies used to understand the structure and function of proteins – X-ray crystallography, on the one hand, and cryogenic electron microscopy (cryo-EM) on the other.

Now, researchers at Stanford University's Schools of Medicine and Engineering and the Department of Energy's SLAC National Accelerator Laboratory have found a way to bridge that gap by using a kind of molecular cage to stabilise certain medium-sized proteins so they can be imaged for the first time with cryo-EM, which can reveal almost atomic-level details.

First authors Kaiming Zhang, a Stanford postdoctoral fellow, and Naoki Horikoshi, a visiting assistant professor, at the time of the research, and his colleagues published their results February 7 in ACS Central Science.

At issue, says SLAC and Stanford professor Soichi Wakatsuki, is KIX, a part of the CREB Binding Protein (CBP) that AML cancer cells use to transcribe genes important for growth and survival. If researchers understood its structure better, they could design drugs that inhibit KIX and prevent cancer cells from replicating.

But efforts to study the protein using X-ray crystallography haven't been successful: The molecule's relatively large size – by crystallography standards – makes it harder to crystallize, and even when it has been crystallized, the particulars of that process have made it harder to analyse the parts of KIX that drug designers would like to target.

At the same time, KIX is a bit too small on its own to study effectively with cryo-EM. To get good images of a protein with cryo-EM, Wakatsuki explains, you have to be able to locate many copies of the protein within an electron microscope image, then figure out how they're oriented – whether they're bent this way or that, and so on.

Only by finding and lining up many images of a protein can cryo-EM methods yield high-resolution structures. KIX's relatively small size – by cryo-EM standards – makes that a challenge.

Another option, nuclear magnetic resonance, has been used to determine the structure of KIX when bound to other naturally occurring molecules, but the method requires extensive preparation and analysis – making it less than ideal for quickly determining molecule's structures and therefore for less than ideal for studying the effects of potential KIX-inhibiting drugs.

The solution came to Wakatsuki and Zhang – who was working in SLAC and Stanford Professor Wah Chiu's lab – over lunch in Tokyo, where they were working on a separate project: They would sandwich batches of KIX proteins between a central, ball-shaped molecule and an outer molecular cage. Because this “double shell” was much larger than individual KIX molecules, it would be easier to spot and orient in cryo-EM images, and that would make it easier to get high-resolution images of the KIX molecules themselves.

In addition to seeing KIX's structure, Wakatsuki said, his lab and Chiu's worked with Sakamoto and Stanford computer science professor Ron Dror and were able to add other molecules to the mix to see if they might bind to and potentially inhibit KIX's function. Already, the team reports, they've been able to make that bonding about 200 times stronger, which could help scientists develop drugs that are effective at lower doses. "The name of the game is to find compounds that inhibit KIX at lower concentrations," Wakatsuki said. "This is still not good enough, but we have made progress."

The team's results also suggest this method could prove useful for other proteins of in-between sizes that are hard to study with either cryo-EM or X-ray crystallography – including, perhaps, some viral proteins. "We are moving forward to expand the applicability of the approach," Wakatsuki said.