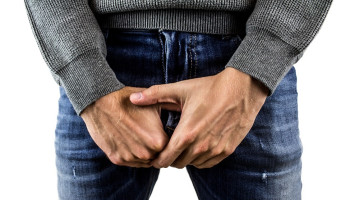 The research group of Prof Dr Ellen Goossens (VUB) hopes to be the first in the world to re-implant previously removed testicular tissue in men who do not produce sperm cells due to cancer treatment during childhood.

The Biology of the Testis research group, led by Goossens, has long been conducting research into the fertility of boys after cancer treatment.

Until now, little has been known about this subject.

The group’s pioneering research has made Flanders the first region in the world to receive permission to implant frozen testicular tissue that can restore fertility in ex-cancer patients.

Since 2002, a total of 128 boys have had their testicular tissue banked at the UZ Brussel for follow-up.

Goossens investigated the effects and the possibility of enabling those who do not produce sperm cells to have children.

After successful research results, the Ethics Committee has now given the research group permission to re-implant previously collected and frozen testicular tissue in men.

This will allow sperm cells to be developed that will be useful in fertility treatment.

The group expects to perform the first transplant this year.

Goossens: “The support in the context of Kom op tegen Kanker via the FWO is invaluable for our research. It allowed us to develop a protocol for the preservation and transplantation of testicular tissue. A study is currently under way in which boys who have had tissue banked are further followed up so that we can investigate whether their puberty is proceeding normally and whether they are fertile in adulthood. This is important because too little is still known about the effects of cancer treatments at a young age.”

Goossens’ research is an example of Flanders’ annual investment in the framework of the cancer charity Kom op tegen Kanker.

Flemish minister of science policy Hilde Crevits: “Once again, ground-breaking cancer research by Flemish scientists. Professor Goossens’ research is the ultimate proof that years of investment in cancer research pays off. Cancer is and will remain a disease that many families or groups of friends will encounter sooner or later. Every opportunity for an accelerated diagnosis, better treatment or aftercare should be seized with both hands. That is why, in the framework of Kom op tegen Kanker, we invest each year in promising scientific projects through the Research Foundation – Flanders (FWO). This year we are focusing on better screening for skin and lung cancer and the effect of immunotherapy. We hope that these studies will also yield ground-breaking results in the future.”

Crevits is making €800,000 extra budget available through the Research Foundation – Flanders (FWO). The support goes to three scientific projects carrying out research into better diagnosis or treatment of skin and lung cancer.