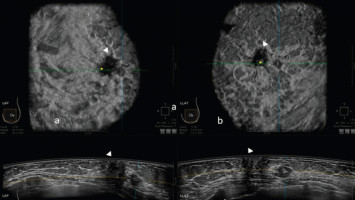 A new diagnostic tool for breast cancer that combines two ultrasounds has been developed.

Ultrasound imaging is not only considerably safer and less costly than other diagnostic methods – such as mammography, X-ray, or MRIs – but also enables in-depth observation of the tissues.

To this, Professor Kim’s team combined the two to maximise their strengths.

The study was conducted on 85 breast cancer patients including 42 with benign lesions and 43 with malignancies, all confirmed by biopsy.

The two deep learning models were then configured to work as an ensemble, and tested on a dataset of 56 images from the remaining 18 patients.

The experimental results demonstrate that the accuracy of the deep learning ensemble model is 90%, which is higher than the individual models (84% each), and the model trained using greyscale B-mode or SE imaging (greyscale 77%, SE 85%) alone.

In particular, while the individual model misclassified five patients, whereas the ensemble model only missed two.

Until now, ultrasound imaging was used in breast cancer classification but suffered from a shortage of radiologists and poor imaging quality.

The deep learning model developed in this study enhances the accuracy of breast cancer diagnosis.