Researchers shine light on a rare form of kidney cancer 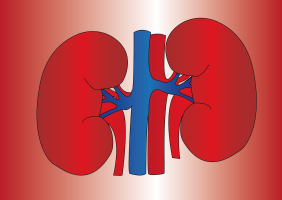 It accounts for about 5 percent of all renal cell carcinomas in adults and about 50 percent in children.

Relatively little is known about this cancer subtype, including its molecular underpinnings and the best course of clinical treatment.

In a new comprehensive, multicenter study of 152 samples, investigators at Dana-Farber Brigham Cancer Center helped to illuminate the disease’s molecular landscape and clinical features, finding that genetic alterations are rare in tRCC, except for the gene fusion from which it gets its name.

The findings have been published in Cell Reports.

Their work further suggests that tRCCs may be responsive to treatment with immune checkpoint inhibitors.

The study identified a heightened response to oxidative stress as a transcriptional hallmark of tRCC. Activated NRF2 signalling has been linked to oncogenesis and resistance to chemotherapies in various contexts.

Prior studies have indicated that small subsets of both ccRCC and pRCC display heightened NRF2 signalling generally linked to somatic alterations or DNA methylation in the NRF2 pathway.

The results suggest that NRF2 signalling is uniformly activated in tRCC in the absence of detectable somatic alterations in the NRF2 pathway. Notably, multiple NRF2 target genes are also annotated as MiT/TFE targets  suggesting a direct link between MiT/TFE fusions and the NRF2 pathway in tRCC.

The study demonstrated the power of an integrative clinico-genomic analysis to illuminate the molecular underpinnings and clinical features of tRCC.

The results lay the framework for multiple hypotheses, development and testing of mechanism-driven therapeutic regimens that can be pursued in future studies to further dissect the biology of this rare cancer.

“We think our findings regarding the potential of immunotherapy combinations could be immediately clinically actionable,” said lead author Ziad El Bakouny, MD, MSc, a resident in Internal Medicine at the Brigham.

“Because this cancer is so rare, it is difficult to have clinical trials dedicated to it. Comprehensively studying its molecular and clinical features may help us develop a better roadmap for treatment.”