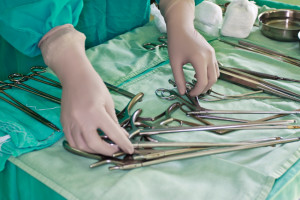 For patients undergoing facial reconstruction following disfiguring cancer operations, a new technique pioneered by surgeons at UC San Francisco may enable them to look more like their former selves.

Typically, the use of skin from other parts of the body for facial skin reconstruction, has led to severe facial colour mismatching. This contrast is most extreme in fair-skinned older adults whose faces are more deeply pigmented from lifelong cumulative sun damage.

In a new study, researchers from UCSF and the Tripler Army Medical Center in Honolulu evaluated colour match by comparing digital photographs of 68 patients who had been treated for facial cancer, sarcoma (cancer of the soft tissue) and a single gunshot wound.

The researchers found that by adding reddish-yellow fibrofatty tissue or brownish-red muscle tissue together with semi-transparent split-thickness skin grafts from the thigh or back, they were able to provide a better colour match than other methods.

The findings are published in the journal Laryngoscope.

“What we found with the new technique is that the ‘privacy glass’ aspect of the skin grafts allows the yellow/red/brown colour of the underlying tissue to show through, which is more likely to match the colour of the face,” said first author P. Daniel Knott, MD, professor and director of the UCSF Division of Facial Plastic and Reconstructive Surgery.

In the study, the patients, whose average age was mid-sixties, were divided according to surgical method: those involving grafts from the forearm, thigh or calf; local grafts from the adjacent face/neck area; and the novel technique using newly vascularised fibrofatty tissue or muscle tissue.

Skin grafted from the face and neck provides a good colour match, but it is not suitable for cancer patients who have had irradiation, and there may be insufficient skin to provide “functionally competent reconstruction,” the researchers noted.

Skin from the forearm also offers a good match, since this area, like the face, receives significant sun exposure, but insufficient bone and problems connecting it to blood vessels in the neck preclude it as an option in many cases.

For this study, the researchers quantified the colour match with each technique using the delta-E calculation, a measurement that ranks colour accuracy, with the lower the number reflecting closer match.

They found that the new technique resulted in a better match than the grafts from the thigh and the calf (an average 6.3 for fibrofatty tissue, 8.8 for muscle tissue, 11.6 for the thigh and 10.0 for the calf). Colour match was roughly comparable to grafts from the forearm and as expected, not as close as when skin was grafted from the face/neck area (4.7).

A team of five Mohs surgeons, specialists in precise surgical techniques used in skin cancer, who had never treated the patients in the photographs and did not know what reconstruction technique had been used, also ranked the colour matches. They concurred that fibrofatty tissue and muscle tissue produced better colour matches than skin from the thigh and calf.

Eventual goal is tissue tailored to each patient’s colour

While accurate colour match is less problematic for patients with increasing skin pigment, the goal of the UCSF surgeons is to optimise the matching of all skin colours, said Knott.

“We would develop a paradigm that would offer the best colour match from very pale to very dark. Different depths of skin grafts encompassing varied amounts of melanocytes, using different tissue sites and donor sites, would enable us to modulate the eventual colour to realise ideal colour match.”

Looking normal is understandably important to facial reconstruction patients, said Knott, noting that among a small sample of UCSF patients surveyed in the months after surgery, their appearance was ranked as being as important to them as functionality.

“While normalcy encompasses a vast range of features, colours and expressions, there is a finite observer tolerance for asymmetry, contour irregularity and colour variegation,” he said.

“Disfigurement is associated with decrements of mental health, which underlies the importance of high-fidelity, sophisticated and ambitious paradigms for facial reconstruction.”