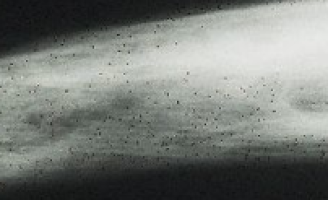 Mount Sinai physician-scientists have found that a novel therapy for the bone marrow cancer myelofibrosis is safe and well-tolerated and is associated with modest improvements in patients in a Phase 1b clinical trial.

They shared their findings during an oral presentation at the American Society of Hematology annual meeting in December.

Patients on the therapy, called AVID200, showed improvements in symptom burden, anaemia, and spleen enlargement. The results confirmed the therapy’s safety and showed some evidence of efficacy—though safety and finding the optimal dose was the primary goal—and researchers concluded that the therapy would need to be combined with other drugs to optimise impact in patients.

“This is a real testament to cutting-edge translational research at The Tisch Cancer Institute,” said John Mascarenhas, MD, Director of the Institute’s newly launched Center of Excellence for Blood Cancer and Myeloid Disorders, which was created to translate science into cures for patients with blood cancers.

“Our scientists tested this therapy in the lab, physician-scientists conducted a successful phase 1 trial, and now the optimal combination therapy approach is the subject of ongoing laboratory studies at Mount Sinai. The most interesting finding in this trial was that a subset of patients had a lasting improvement in their platelet counts—including three whose counts were normalized—supporting the preclinical studies conducted by Mount Sinai researchers Ronald Hoffman, MD, Anna Rita Migliaccio, PhD, and Lillian Varricchio, PhD.”

Myelofibrosis is a type of bone marrow cancer that disrupts the normal production of blood cells, causing an enlarged spleen, extensive scarring in the bone marrow, and low levels of red blood cells and platelets, increasing the risk of bleeding.

Myelofibrosis patients who have failed the available first-line therapy face a well-documented poor prognosis, so additional therapies are urgently needed to help these patients.

Twenty-one patients enrolled in this multicentre trial were given AVID200, and while this trial’s main purpose was to test safety, some patients had an increase in platelets and their enlarged spleens decreased in size.

However, despite the clinical benefits observed, patients’ bone marrow scarring did not decline, so doctors believe that AVID200 likely needs to be combined with other rational therapies in the future.