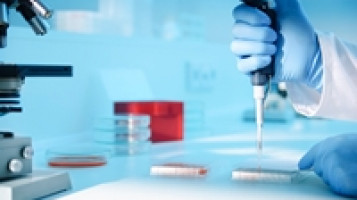 Follow-up data from the Phase II ZUMA-5 trial showed a long-term survival benefit with axicabtagene ciloleucel (axi-cel) in patients with R/R indolent non-Hodgkin lymphoma (iNHL) who have failed two or more prior lines of therapy.

“Indolent non-Hodgkin lymphoma is a slow-developing chronic disease in which patients frequently relapse, which leads to the need for new treatment strategies,” Neelapu said. “It is encouraging to see that axi-cel provided a continued benefit over two years and may provide a lasting treatment for these patients.”

The current analysis includes 110 patients treated on the trial, including 86 with follicular lymphoma (FL) and 24 with marginal zone lymphoma (MZL) after a median follow-up of 30.9 months for FL and 23.8 months for MZL.

The treatment was well tolerated, as reported in previous studies with this therapy.

In the patients with FL, 94% had an objective response, including 79% with a complete response (CR).

The estimated duration of response (DOR) and progression-free survival (PFS) medians were 38.6 months and 39.6 months in patients with FL, respectively.

Median overall survival (OS) was not reached, but the study reported an estimated 81% OS rate at 24 months.

At data cutoff, 57% of eligible patients with FL had ongoing responses.

Among patients with MZL, 83% had an objective response, with 63% achieving a complete response.

Median DOR and OS were not reached, but patients had an estimated 70% OS rate at 24 months. Median PFS was 17.3 months.

At data cutoff, 50% of eligible patients with MZL had ongoing responses.

In March 2021, data from the ZUMA-5 study led to the first FDA approval of CAR T therapy for follicular lymphoma after two or more lines of treatment.