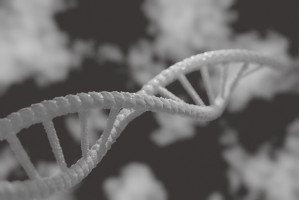 A new batch of prognostic cancer biomarkers have been discovered in an area where few have gone looking before.

Researchers have unveiled a catalogue of 166 prognostic biomarkers, generated by analysing long non-coding RNAs (lncRNAs) – which are understudied in cancer research.

Further, one biomarker within the catalogue was shown to be highly effective in categorising gliomas (brain cancers) as low- or high-risk.

The findings demonstrate the potential of lncRNAs as clinical biomarkers and potential therapeutic targets, break new ground in biomarker and cancer biology research and add to emerging science about the role of non-coding RNA dysregulation in cancer.

This narrowed the field to 166 lncRNAs that were found to correlate with patient survival. In a clinical setting these biomarkers could potentially be used to boost the predictive value of clinical variables, molecular features and cancer subtypes to better forecast patient outcomes.

Within their catalogue, the researchers zeroed in on one lncRNA, called HOXA10-AS, that their initial machine learning analysis revealed was a strong candidate as a prognostic biomarker to stratify patients as having either a low- or high-risk brain cancer.

To confirm the results of their machine learning analysis, they tested it on a new brain cancer data set, which was generated by co-authors based in Shanghai, China, led by the Huashan Hospital.

These steps not only confirmed that HOXA10-AS can act as a robust biomarker, but also as a potential therapeutic target since it plays a role in several important biological pathways in brain cancer. For example, overexpression of HOXA10-AS was associated with increased cell invasion while reduced levels inhibited cell proliferation – both important hallmarks of brain cancer.

These biological experiments also provided further evidence of ‘switch-like’ behaviour exhibited in HOXA10-AS and its link to patient outcomes.

“We are excited by the results of this study which not only yielded new biomarkers and insights into cancer biology, but also provides motivation to continue our exploration of the cancer transcriptome for new discoveries to help patients,” says Reimand, whose team led the machine learning analysis. “We have only begun to scratch the surface of the role of RNAs in cancer and are poised for more discoveries as whole-transcriptome sequencing becomes more commonplace in the clinic and more data is available.”

“Functionally annotating cancer genomes and identifying novel biomarkers of patient survival, but also genes that regulate the aggressiveness of cancers, is of uttermost importance for our goal of precision oncology, the idea to improve cancer therapy based on the genetic alterations found within a tumour,” says Schramek, whose team led the functional analysis.

“A deep understanding of the factors that drive cancer initiation and progression will facilitate the identification of novel therapeutic targets and treatment strategies.”

“Congratulations to OICR, LTRI and its research partners for making this important new discovery in cancer research,” says Jill Dunlop, Minister of Colleges and Universities.

“Ontarians can be proud of the leading role OICR played in this initiative, which could lead to many more cancer discoveries that support better patient outcomes in the future. OICR has an impressive track record of helping to move oncology discoveries and innovations to real world application, and their success is reflected in some of the ground-breaking work taking place at our world-class universities and research institutes.”

“The findings of Dr. Reimand and his collaborators show that there is great value in studying the non-coding regions of the cancer genome. The discovery of robust biomarkers and new therapeutic targets is critical to developing the next generation of precision medicine,” says Dr. Lincoln Stein, Head, Adaptive Oncology, OICR. “I congratulate the entire team on these important findings, which have enriched our understanding of cancer biology and present new opportunities to improve the clinical management of cancer.”