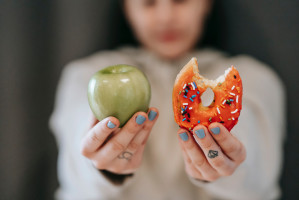 A diet involving short-term, severe calorie restriction was safe, feasible, and resulted in a decrease of blood glucose and growth factor concentration, reduction in peripheral blood immunosuppressive cells, and enhanced intratumour T-cell infiltration in cancer patients receiving standard-of-care therapy, according to the results of a clinical trial.

Preclinical research has demonstrated that severe calorie restriction in the form of cyclic fasting or fasting-mimicking diet (FMD) has potent anticancer effects when combined with standard pharmacological treatments.

However, the safety and biological effects of calorie restriction in cancer patients has been poorly investigated so far.

Results were pubished in Cancer Discovery, a journal of the American Association for Cancer Research.

The researchers administered an FMD regimen to the study participants that consisted of a five-day, low-carbohydrate, low-protein, plant-derived diet, which provided up to 600 Kcal on day 1 and up to 300 Kcal on days 2, 3, 4, and 5, for a total amount of up to 1,800 Kcal in five days.

The cycle was repeated every three or four weeks for up to a maximum of eight consecutive cycles. Calorie restriction was followed by a refeeding period of 16 to 23 days, during which patients were not subjected to specific dietary restrictions but were recommended to adhere to international guidelines for a healthy diet and lifestyle.

The investigators also evaluated the effects of the FMD on patient metabolism and immune responses in their peripheral blood.

To investigate the effects of the FMD diet on intratumour immunity, Vernieri and colleagues performed an interim analysis of another ongoing trial (DigesT) testing a five-day FMD cycle seven to 10 days before surgery in early-stage breast cancer and melanoma patients.

Specifically, they evaluated the tumour-infiltrating immune cells and transcriptomic immune profiles in 22 breast cancer patients for whom enough tumour tissue had been collected before and after the FMD.

The trial had a global compliance rate of 91.8 percent when considering all FMD cycles, and met its primary safety endpoint, with an incidence of severe FMD-related adverse events of 12.9 percent, the most common being fatigue, which was rarely severe.

These results demonstrated that short-term severe calorie restriction was safe, feasible, and well tolerated by the majority of patients, regardless of the tumour type and the concomitant antitumour therapies.

The loss of body weight that occurred during the five days of severe calorie restriction was reversible in most of the patients during the refeeding period.

In 99 evaluable patients, the FMD regimen reduced the median plasma glucose concentration by 18.6 percent, serum insulin by 50.7 percent, and serum IGF-1 by 30.3 percent, with these modifications remaining stable over the course of eight consecutive cycles.

In an analysis conducted on 38 patients at the end of a five-day FMD cycle, the researchers found a significant decrease of circulating immunosuppressive myeloid subpopulations and an increase of activated CD8+ T cells.

Both of these effects occurred independently of concomitant antitumour therapies and were also observed in a small group of healthy volunteers.

The interim analysis of the DigesT trial revealed a significant increase in tumour-infiltrating CD8+ T cells and other changes, indicating a functional switch towards an antitumour immune microenvironment following FMD.

“Our results from a first-in-human clinical trial showed that a scheme of severe short-term calorie restriction was safe and biologically active in patients, and that its activity likely involved the activation of immune responses,” said Vernieri.

“Since calorie restriction is a safe, inexpensive, and potentially effective approach that could be easily combined with standard antineoplastic therapies, we think these findings might have relevant implications for cancer therapy.”

Commenting on the reversibility in the loss of body weight that occurred during the five days of severe calorie restriction, De Braud said “This is an especially important finding, because it excludes the risk that patients might undergo progressive weight loss and/or malnourishment, which are associated with reduced efficacy of anticancer therapies and reduced survival.”

According to Rivoltini, “Severe calorie restriction generated a metabolic ‘shock’ that activated several populations of immune cells that could boost the antitumour activity of standard antineoplastic treatments.”

According to the authors, the desirable immunomodulatory effects induced by the experimental dietary regimen were observed both at the systemic and the tumour level, indicating a coherent immune response that originates in the blood and then propagates to the tumour.

The authors have recently initiated new clinical trials, including the BREAKFAST trial, to investigate the antitumour effects of the FMD dietary approach in cancer patients. These studies represent the next step to understand if the metabolic and immunological effects induced by calorie restriction have clinically relevant consequences improving the efficacy of antineoplastic therapies and prolonging the life expectancy of cancer patients.

The main limitation of this study is that it does not allow the researchers to draw conclusions on the antitumour efficacy of calorie restriction, due to the enrolment of a heterogeneous group of patients with different tumour types and different concomitant anticancer therapies, which precludes a proper assessment of the therapeutic impact of calorie restriction in patients.