How surviving cancer as a child affects lifelong health 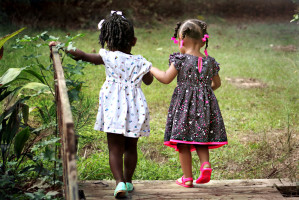 People who survive cancer early in their life have higher risks of ill health as they grow older, and these risks vary according to the cancer type and how the cancer was treated, a new study by researchers at University College London has found.

The researchers are now calling for these long-term health effects to be considered when young people and their families discuss treatment options with their healthcare team initially.

The study, published in The Lancet Regional Health - Europe, found that people who survived cancer had five times as many GP or hospital visits relating to cardiovascular disease by age 45, as a matched control group of people who had not had cancer early in life.

They also had much higher numbers of healthcare visits relating to infections, disorders of the immune system, and subsequent cancers.

Looking at treatment type, researchers found that the burden of late health effects was highest for people treated with both chemotherapy and radiotherapy, and lowest for cancer survivors who only had surgery.

For instance, people treated with chemotherapy and radiotherapy had more than twice the number of hospital admissions overall by aged 45 than those who just had surgery, and seven times the number of GP or hospital visits relating to cardiovascular disease by the same age (an average of seven healthcare encounters per person, compared to one per person).

They also had an increased risk of getting cancer for the second time, and developing more aggressive (metastatic) cancer.

Senior author Dr Alvina Lai (UCL Institute of Health Informatics) said: “Over 80% of children and young people diagnosed with cancer survive, but they face unique healthcare needs because of late effects brought on by cancer or its treatment.

“Our study is the first to fully map out how surviving cancer early in life affects our health as we grow older.

“We believe it’s important for these long-term effects to be considered early on by families and their healthcare teams, so the benefits of a therapy can be weighed against any long-term risk.

“Awareness of these long-term issues is also important for survivors, who are better able to spot symptoms early.

“We hope that further research can investigate how to minimise the long-term effects of cancer therapies.”

Lead author Wai Hoong Chang (UCL Institute of Health Informatics) said: “Combined chemotherapy and radiotherapy is effective at saving lives but is associated with a lower quality of life in the long term. Our study suggests using lower doses could reduce these long-term effects.”

The study compared the anonymised health records of 3,466 people diagnosed with cancer in England before the age of 25, who survived for at least five years, with a control group of 13,517 who did not have cancer early in life.

The two groups were matched on criteria such as age, sex and level of socioeconomic deprivation. The data was recorded between 1998 and 2020. The team analysed health data from cancer survivors from the age of 18, or five years from their initial diagnosis, whichever occurred later.

The researchers compared the burden of 183 physical and mental conditions in the two groups, looking at the total number of times people had visited their GP or hospital for each disease type.

They also analysed the burden of different diseases for cancer survivors stratified by cancer type, by the cancer treatment received, and by the dosage of the treatment.

Individuals living in the most deprived areas had the highest burden of late health effects, highlighting the need for targeted policies aimed at promoting awareness among high-risk individuals.

This animated video explains the findings of the study through the lens of a childhood cancer survivor in plain language.

This 3-minute video abstract explains the key findings of the study.