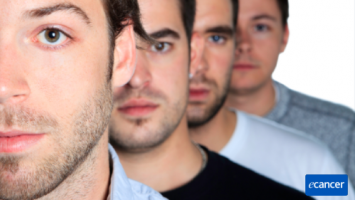 This is among the findings of a phase lll clinical trial published in The Lancet Oncology by an international research team led by Dr. Fred Saad, a researcher at the CHUM Research Centre, a Université de Montréal professor and the holder of the Raymond Garneau Chair in Prostate Cancer Research.

The result of a collaboration with 167 hospitals in 17 countries, this study, called ACIS, identified for the first time a combination of three types of drugs said to slow the progression of metastases by more than 7 months. This is a significant therapeutic breakthrough for this difficult-to-treat disease, which is still fatal today.

To get these results, the international team recruited 982 men between the end of 2014 and the middle of 2016 and divided them randomly into two groups (randomised, double-blind trial). 492 volunteers received apalutamide (an anti-androgen) combined with abiraterone (an androgen synthesis inhibitor) and prednisone (an anti-inflammatory drug); 490 others received only abiraterone and prednisone.

By following the progression of the cancer through radiology, the scientists were able to show that the men in the first group lived 24 months (median) without signs of disease progression, compared to 16.6 months for those in the second group.

Additional studies will be needed to accurately identify the sub-categories of patients who would most benefit from this new treatment for metastatic castration-resistant prostate cancer.