Mutated cells drive out early tumours from the oesophagus 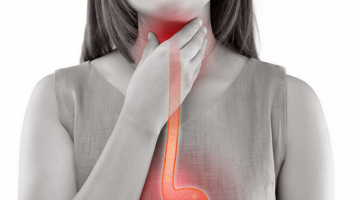 Cells carrying mutations can out compete early tumours in the mouse oesophagus, so they never make it into cancers, new research has shown.

This new research, from the Wellcome Sanger Institute, the University of Cambridge, and collaborators, used state of the art 3D imaging techniques and mouse models to visualise microscopic tumours at an earlier stage of development than was previously possible, allowing researchers to uncover an unexpected role that mutant clones play in tumour prevention.

The paper, published in Nature, shows that these high mutant clone burden creates a highly competitive environment in which microscopic early tumours struggle to grow before they are swept out of the tissue by the surrounding mutant cells.

Despite this, a few early tumours survive and may develop into oesophageal cancer.

Understanding the mechanisms that prevent the majority of these newly formed microscopic tumours from becoming cancer will give new insights into the prevention of this disease.

All tissues in the human body accumulate mutations over an individual’s life. In the oesophagus, there is a high density of these mutant clones, which compete for space in order to survive in the tissue.

While most mutant clones contain mutations that have been associated with the development of cancer, the rate of tumour formation is not as common as expected, suggesting that there are other factors preventing the growth of cancer.

In this research, the teams from the Wellcome Sanger Institute, the University of Cambridge, and other collaborators, were able to show that early tumours − up to approximately 100 cells − struggle to grow in the competitive environment created by the presence of highly competitive mutant clones carrying more advantageous mutations.

In addition to this, it shows that while some mutations can be the cause of cancer, other mutant clones can have a tumour suppressive role, which is independent of the body’s immune system.

These findings help to explain how there is a relatively low rate of cancers compared with the very high number of mutant cells.

Further studies into whether the same interactions are seen in human tissue, which mutations lead to cancer cells being successful in this aggressive environment, and the mechanisms behind this, are needed to gain further understanding about the development of oesophageal cancer.

Dr Bartomeu Colom, first author and Senior Staff Scientist at the Wellcome Sanger Institute, said: “Studying the highly competitive environment of the oesophagus and how cells interact and evolve to survive here has given us new insight into how the surrounding cells impact the ability of early tumours to progress in mice.

If we understand these interactions fully, it could lead to new ways to prevent early tumours from growing into cancers.”

Dr Albert Herms, author and Postdoctoral Fellow at the Wellcome Sanger Institute, said: “Adult tissues have multiple barriers that cancer cells need to overcome in their route from the initial accumulation of mutations until the development of cancer. In this study we uncovered a new mechanism of protection against cancer that oesophageal tissues use, which is the competition for the space between cancer-driving cells and their neighbour mutant cells.”

Dr Phil Jones, senior author and Senior Group Leader at the Wellcome Sanger Institute and the MRC Cancer Unit at the University of Cambridge, said: “Before our research, it wasn’t understood how the cells in the oesophagus could contain so many cancer-driving mutations and not have a higher rate of tumours. Our study unravels part of this mystery by showing, in single-cell resolution, that these clones can engulf and remove early tumours in mice, leading to a protective effect. Future research can continue to build on this to try to uncover why some of these tumours develop into cancer.”