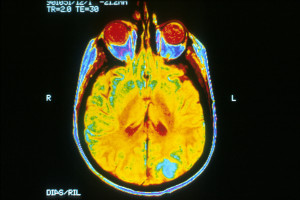 The Innovation Center of NanoMedicine, Kawasaki Institute of Industrial Promotion, in collaboration with the Department of Bioengineering, Graduate School of Engineering, The University of Tokyo, has succeeded in efficiently delivering an immune checkpoint inhibitor (ICI) into the mouse brain, confirming its high efficacy and specificality in treating orthotopically transplanted mice with glioblastoma (GBM).

The research was published in Nature Biomedical Engineering. The details of the announcement are as follows:

Immune checkpoints are a normal part of the immune system with the role to prevent an immune response from being so strong that it destroys healthy cells in the body.

Immune checkpoints engage when proteins on the surface of immune cells called T cells recognise and bind to partner proteins on other cells, such as some tumour cells.

For this discovery, Professor Tasuku Honjo of Kyoto University was awarded the Nobel Prize in Physiology or Medicine in 2018, with now six types of ICIs used in clinical practice for cancer treatment.

However, while ICIs have shown excellent efficacy against a variety of cancers, they have not shown satisfactory efficacy in clinical trials against malignant brain tumours (including brain metastases).

One of the reasons for this is that the blood-tumour barrier formed by the blood vessel walls of brain tumours suppresses the accumulation of immune checkpoint inhibitors in brain tumours.

Hence, the goal of this study was to develop a technology to potently increase the accumulation of ICIs in brain tumours, and to achieve both therapeutic efficacy and safety.

Avelumab, which has been shown to be immunologically active in both humans and animals, was used as an ICI.

As glucose transporter 1 (GLUT1) are over-expressed on brain capillary and GBM vasculature to support the sufficient energy uptake, the ICIs with properly configured glucose molecules smartly recognised the GLUT1 in GBM vasculature to promote access into GBM with ~20-fold accumulation amount as compared to native antibody.

Furthermore, the amount of ICI accumulated in the brain tumour site was 33 times higher than that in normal brain tissue, indicating high brain tumour selectivity.

Taking advantage of the reductive environment of GBM with elevated extracellular GSH or ascorbate levels that are up-regulated by GSH-dependent enzyme (e.g. glutathione-S-transferases) and hypoxic microenvironment, the specificity of Glc-ICIs was improved via introduction of disulfide bond as the linker.

Our ICIs formulation retrieved their PD-L1 blocking ability in tumour tissues via PEG chain detachment, while their activity remained muted in healthy tissues. Through efficient delivery and specific immune response, the modified antibodies achieved potent anti-tumour efficacy against preclinical GBM model, which is a challenge for ICIs in a clinical setting (60% complete response rate in a mouse orthotopic GBM model).

Upon examination of antitumour immune cells in brain tumours of mice treated with Glc-ICI, it was shown that the number of tumour-attacking natural killer (NK) cells and CD8+ T cells increased, along with the effective re-polarisation of M2-like macrophages to M1-like macrophages (an antitumour state).

In addition, effector memory T cells were found in the spleen of mice that responded to Glc-ICI and whose tumours disappeared within 60 days (complete response), leading to a total rejection of tumour relapse. Although GBM is a malignant tumour that recurs frequently, these results are expected to be applicable to the prevention of GBM recurrence.