Immunotherapy for HPV positive head and neck cancer: Awakening the force within 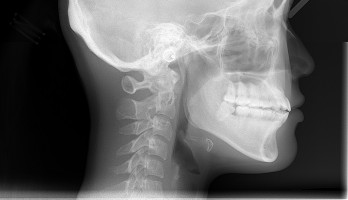 A new study from scientists at Emory Vaccine Center and Winship Cancer Institute of Emory University reports that the immune cells that are the major targets of immune checkpoint inhibitors are present in tumour from head and neck cancer patients.

The study focuses on head and neck tumour that are positive for human papillomavirus (HPV), which is becoming one of most common types of head and neck cancers treated in the Western world.

The results are scheduled for publication in Nature.

It suggests checkpoint inhibitors, which have transformed the treatment of several types of cancer, could be uniquely effective against this type of head and neck cancer.

The results also indicate that the experimental approach of therapeutic vaccination for HPV positive cancer could be broadened to include more elements of the virus, to potentially trigger a broader and stronger immune response.

Researchers from Rafi Ahmed’s lab at Emory Vaccine Center collaborated with the co-directors of the Winship Head and Neck Cancers working group, oncologists Nabil Saba, MD and Mihir Patel, MD, to obtain samples from patients with head and neck tumour early in the course of treatment.

“About five years ago, we began to have an influx of patients that sought out our center for surgical treatment,” Patel says. “We often heard some variation of a similar story: I was sick with cold-like symptoms and once that resolved this I noticed swelling in a lymph node on the side of my neck. Stories like this made us think about how the immune system might play a unique role, different than typical smoking-related head and neck cancers.”

The team wanted to learn more about the different kinds of CD8 or “killer” T cells present within the cancers; CD8 T cells are specialised immune cells capable of detecting and killing virus-infected or tumor cells, if they are not constrained by regulatory signals.

The majority of currently available checkpoint inhibitors, such as pembrolizumab and nivolumab, block the PD-1 signalilng pathway.

“Our results show that a subset of HPV-specific CD8 T cells in the tumor exhibits a striking resemblance to the stem-like CD8 T cells our lab has previously defined in mouse models as proliferating in response to PD-1 blockade,” says Andreas Wieland, PhD, co-lead author of the paper and an instructor in Ahmed’s lab.

“It is reasonable to assume that these cells would similarly provide a proliferative burst in response to PD-1 blockade in these patients. However, this remains to be formally tested.”

HPV-positive tumour do have a relatively good response to conventional forms of treatment such as radiation and chemotherapy, Wieland adds.

The group of patients studied at Winship was treatment-naïve when tumor samples were obtained; how radiation and chemotherapy affect the number and phenotype of T cells in the tumor needs additional investigation.

“These findings greatly enhance our understanding of CD8 T cell responses in the tumor micro-environment in HPV-related oropharynx cancers, and likely other virally mediated tumour,” Saba says. “It confirms the existence of the different lineages necessary for an effective T cell specific anti-tumor response.Taking advantage of the local immune-response by avoiding its possible early elimination by traditional therapeutic modalities may pave the way to an improved clinical outcome for patients. It may have implications for how best to incorporate immunotherapy in the treatment of other virally mediated tumour.”

“We now have an inclination that incorporating immune therapy with PD-1 blockade prior to surgery or radiation may benefit patients,” Patel says. “We are actively in the process of developing ‘window of opportunity’ studies to understand this."

Looking at both primary tumour and metastatic lymph nodes, the researchers were able to detect both tumour-specific stem-like CD8 T cells, which can proliferate in response to HPV peptides, and more terminally differentiated cells that do not proliferate.

In contrast to significant numbers of tumour-specific CD8 T cells in the tumour, tumour-specific cells appeared at a very low abundance in patients’ blood, suggesting that they preferentially reside in tumour.

The team also found that the different CD8 T cell subsets in the tumor microenvironment differ in their localisation, with stem-like cells residing in distinct niches within the stroma and away from the tumor cells themselves.

Concentrating on HPV-positive tumour in this study facilitated the study of tumour-specific T cells with defined specificities across several patients as the virus is providing a defined set of tumour-associated antigens, whereas in other types of cancer the antigens caused by mutations will vary from individual to individual.