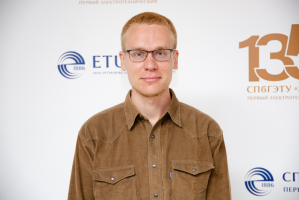 Oncological diseases are one of the leading causes of death worldwide.

The number of cancer cases is increasing every year — according to scientists from the American Cancer Society and the International Agency for Research on Cancer, in 2040, specialists will diagnose 28.4 million new cases of cancer, 47 percent more than in 2020.

Today, one of the main methods of treating different tumours is chemotherapy using cytostatics, which disrupt the growth of both cancer cells and healthy cells.

"One of the promising approaches aimed at solving the problem of cytostatics toxicity is the method of targeted transport of drugs using nanoscale carriers that provide local accumulation of drugs in tumour tissue without increasing their concentration in healthy organs and tissues," commented Kamil Gareev, Associate Professor of the Department of Micro- and Nanoelectronics at ETU "LETI."

The research was published in the journal Magnetochemistry.

The results will form the basis for the development of magnetically controlled transport of cytostatic drugs into tumour tissue.

The essence of the described principle is to place a stent — a mesh made of a shape-memory alloy with neodymium magnets attached to it — into the cavitary organ affected by the tumour.

Over several cycles of blood circulation, the magnetic nanoparticles concentrate at the site with the stent. "In vivo experiments confirm that there is a concentration of particles in the tissue.

This suggests that in the foreseeable future, it will be possible to move on to preclinical studies," says Kamil Gareev.

At this stage, scientists mathematically calculated the optimal magnetic field characteristics for controlling magnetic nanoscale drug carriers in the body, synthesised a conjugate of magnetic nanoscale particles and a fluorescent agent, and developed a protocol for their visualisation in the body.

Plans of the researchers include the transition to experiments on more advanced biogenic particles.

The published paper is a continuation of many years of research on magnetic nanoparticles carried out by scientists from LETI and the Almazov National Medical Research Center. Previously, in a review article, the researchers formulated the main properties of magnetotactic bacteria and described the possibilities of their application in medicine.