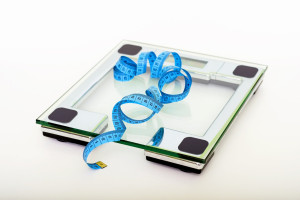 Infants whose mothers were obese during pregnancy may have a heightened risk of developing colorectal cancer later in life, according to new research led by public health experts at The University of Texas Health Science Center at Houston (UTHealth).

The research, which was conducted in partnership with the Public Health Institute’s Child Health and Development Studies (CHDS) program, was published online in Gut.

Also known as colon cancer or bowel cancer, colorectal cancer is a leading cause of cancer-related morbidity and mortality worldwide.

Obesity is already a well-established risk factor, and several studies suggest fetal or developmental origins of obesity may influence cancer development in adulthood.

“Maternal obesity and pregnancy weight gain may be related to colorectal cancer in offspring in two different ways,” said Caitlin C. Murphy, PhD, MPH, co-author of the study and an associate professor in the Department of Health Promotion and Behavioural Sciences at UTHealth School of Public Health in Houston.

“First, these maternal characteristics increase risk of obesity in adult offspring, and obesity is a well-known risk factor of colorectal cancer. Second, they may affect the developing gastrointestinal tract in the womb, making offspring more sensitive to colorectal cancer later in life.”

The team of researchers analysed data the CHDS collected from women who received prenatal care between 1959 and 1966 in Oakland, California.

For 60 years, researchers tracked the health of more than 18,000 of the offspring, about two-thirds of whom were white, and 52% of whom were born into families whose total income fell below the national median, to determine which ones had developed colorectal cancer in adulthood through 2019.

The study team found that adult children whose mothers were obese during pregnancy faced more than double the risk of developing colorectal cancer compared with the adult offspring of healthy weight or underweight mothers.

Timing of maternal weight gain was also associated with risk, regardless of a mother’s obesity, according to the study. For mothers whose entire weight gain during pregnancy was below 20 pounds, more weight gain early in pregnancy further increased the risk of colorectal cancer among adult children.

Another determinant was birth weight. Infants who weighed more than 4,000 grams (8.8 pounds) at birth had a greater chance of developing colorectal cancer as adults, researchers discovered.

The group’s findings come at a critical time, Murphy said. Given the increasing prevalence of maternal obesity and pregnancy weight gain, the global burden of colorectal cancer is expected to increase by 60% to more than 2.2 million new diagnoses and 1.1 million deaths by 2030.

“Rates of colorectal cancer have increased rapidly in younger adults, but we know very little about what may explain this increase,” Murphy said.

“These findings suggest that exposure in the womb, or in utero events, are important risk factors of colorectal cancer and may contribute to increasing rates of disease.”