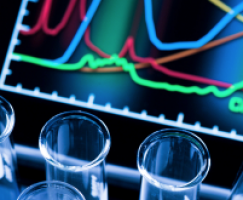 A study led by D. Ross Camidge, MD, PhD, director of thoracic oncology at the University of Colorado School of Medicine and CU Cancer Center member, has helped to define MET amplification as a rare but potentially actionable driver for non-small cell lung cancer (NSCLC).

Camidge says many of the major developments in the treatment of non-small cell lung cancer have come from defining molecularly specific subsets of the disease for which researchers have been able to develop targeted treatments.

Until now, all of these subsets have been based on either genetic mutations or gene rearrangements (where two separate genes fuse to create an oncogene).

"What we've started to realise is that non-small cell lung cancer isn't just one disease," Camidge says. "Over the last 15 or so years, we've started to pull apart separate diseases within that umbrella. Now, there are at least eight different molecularly specific subtypes with an FDA-approved therapy."

The new paper, titled "Crizotinib in Patients With MET-Amplified NSCLC," and published in the June issue of the Journal of Thoracic Oncology, introduces a third means of defining NSCLC subsets that can be targeted with a specific drug.

Rather than a mutation or a gene rearrangement, this third category represents oncogene activation through gene amplification.

Gene amplification occurs when there is an increase in the usual number of copies of a particular gene, but the process can be difficult to identify.

"Unlike gene mutations or gene rearrangements -- which are either there or not -- gene amplification is a continuous variable," Camidge says. "How many extra copies do you need for it to make a difference? Is it an increase in just that one gene because it's so important to the cancer, or is it being dragged along for the ride by an increase in lots of other genes in the same part of the chromosome? Where do you put the cut point to say this level matters and this level does not? That's why identifying gene amplification as a definable driver of NSCLC has been challenging."

For this study, Camidge and the other investigators in the Pfizer-sponsored study focused specifically on MET amplification. MET is a gene that encodes a protein normally involved in cell growth.

Although it is normally well-controlled, it can become dysregulated and drive some cancers' behaviour. This can sometimes occur as a result of genetic mutations or gene rearrangement, but it can also occur through gene amplification.

If MET amplification is a cancer driver in some patients, then it stood to reason that inhibiting MET could slow or stop the progression of NSCLC in those patients.

At CU and for several other sites, the MET FISH testing was performed by Marileila Varella-Garcia, PhD, a former professor of medical oncology at the School of Medicine (now retired).

During the study, a total of 88 patients with varying levels of MET amplification received crizotinib.

Although crizotinib is currently licensed as an ALK (anaplastic lymphoma kinase) and ROS1 (c-ros oncogene 1) inhibitor for treatment of some other subtypes of NSCLC, it is also a MET inhibitor.

The study, which started in 2006, is one of the largest efforts to define the relevant diagnostic test for meaningful levels of MET gene amplification and prove that MET-inhibitor drugs are effective for treating patients with NSCLC driven by MET amplification.

"It has been a long and difficult course for this rare subtype of lung cancer, but I think this is fairly good proof that there are some patients where MET amplification alone is driving their cancer," Camidge says.

Making the case for MET amplification testing and therapies

Camidge says that MET amplification-driven NSCLC is unique for a number of reasons. First, it's extremely rare, accounting for less than 1% of all NSCLCs.

Second, it tends to occur in patients who are not normally identified as having lung cancers with oncogenic drivers, including smokers and the elderly.

"This is a truly actionable oncogene. It's rare, but it's real." - D. Ross Camidge, MD, PhD

Because of this, Camidge says that NSCLC patients without an identified driver oncogene should consider getting tested for MET amplification.

He specifically recommends using the FISH testing method utilised in the study rather than relying solely on next generation sequencing, a different type of genetic testing that can return false negatives when it comes to identifying MET amplification.

"While some sequencing tests can reliably pick up gene amplification in a comparable manner to the FISH testing, others cannot," Camidge says. "It's all buried in the software that each commercial company or academic lab uses to analyse their sequencing data. I think pulling that apart will come in the near future as we better define what exactly we are looking for to make MET copy number information clinically relevant."

"This is a truly actionable oncogene," he says. "It's rare, but it's real."