To die or not to die in response to stress, a decision regulated by MK2 protein levels 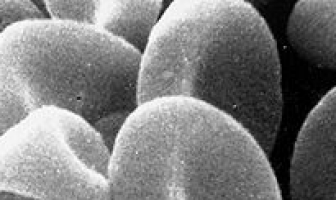 Living organisms are often exposed to stress stimuli generated either by external or internal factors, and they need to respond accordingly.

At a cellular level, stress usually triggers the activation of survival pathways that contribute to the recovery of cell homeostasis.

However, when stress is too high, a process of cell death is initiated that eliminates the damaged cell.

Scientists led by ICREA researcher Dr. Angel Nebreda, head of the Signalling and Cell Cycle laboratory at IRB Barcelona, have identified an important role of the p38-MK2 pathway in determining cell fate in response to stress.

The research was published in the journal Proceedings of the National Academy of Sciences.

"Our study describes a molecular mechanism that cells can use to translate the stress-induced activation of the p38a-MK2 pathway into an appropriate biological response," says Dr. Nebreda.

When cells are exposed to high levels of stress, the p38-MK2 pathway is activated in a sustained manner, promoting the degradation of the MK2 protein, which correlates with cell death.

However, moderate levels of stress trigger only a temporary activation of the p38-MK2 pathway, which allows the re-accumulation of MK2 and leads to cell survival.

Thus, MK2 protein levels act as a molecular indicator that informs cells whether to stay alive or to initiate self-destruction.

"By using human and mouse cell lines treated with different stress stimuli, we showed that MK2 expression levels are regulated by stress intensity and that they are critical for the viability of stressed cells," explains Dr. Núria Gutiérrez-Prat, who started the work and is the first co-author of the article, together with Dr. Mónica Cubillos-Rojas and Dr. Begoña Canovas.

p38, a protein related to stress and cancer

p38 is a central protein that regulates many cellular processes by modulating the activity of a number of other proteins.

Diseases such as cancer show alterations in the p38 pathway, and high p38 activity levels are sometimes linked to poor prognosis, for example in lung tumours.

Moreover, the dysregulation of this p38-MK2 pathway has been linked to several human diseases, such as inflammatory disorders and cancer.

Further studies will investigate whether the regulation of the p38-MK2 pathway in response to strong or sustained stress functions as a common sensor of irreversible damage among cell types.