A noninvasive test to detect cancer cells and pinpoint their location 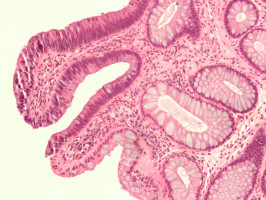 Most of the tests that doctors use to diagnose cancer - such as mammography, colonoscopy, and CT scans - are based on imaging.

More recently, researchers have also developed molecular diagnostics that can detect specific cancer-associated molecules that circulate in bodily fluids like blood or urine.

MIT engineers have now created a new diagnostic nanoparticle that combines both of these features: It can reveal the presence of cancerous proteins through a urine test, and it functions as an imaging agent, pinpointing the tumour location.

In principle, this diagnostic could be used to detect cancer anywhere in the body, including tumours that have metastasised from their original locations.

"This is a really broad sensor intended to respond to both primary tumours and their metastases. It can trigger a urinary signal and also allow us to visualise where the tumours are," says Sangeeta Bhatia, the John and Dorothy Wilson Professor of Health Sciences and Technology and Electrical Engineering and Computer Science at MIT and a member of MIT's Koch Institute for Integrative Cancer Research and Institute for Medical Engineering and Science.

In a new study, Bhatia and her colleagues showed that the diagnostic could be used to monitor the progression of colon cancer, including the spread of metastatic tumours to the lung and the liver. Eventually, they hope it could be developed into a routine cancer test that could be performed annually.

Bhatia is the senior author of the study, which appears today in Nature Materials. The paper's lead author is MIT research scientist Liangliang Hao.

Over the past several years, Bhatia has been developing cancer diagnostics that work by generating synthetic biomarkers that can be easily detected in the urine.

Most cancer cells express enzymes called proteases, which help them escape their original locations by cutting through proteins of the extracellular matrix.

Bhatia's cancer-detecting nanoparticles are coated with peptides that are cleaved by these proteases.

When these particles encounter a tumour, the peptides are cleaved and excreted in the urine, where they can be easily detected.

In animal models of lung cancer, these biomarkers can detect the presence of tumours early on; however, they don't reveal the exact location of the tumour or whether the tumour has spread beyond its organ of origin.

Building on their previous efforts, the MIT researchers wanted to develop what they call a "multimodal" diagnostic, which can perform both molecular screening (detecting the urinary signal) and imaging, to tell them exactly where the original tumour and any metastases are located.

To modify the particles so they could also be used for PET imaging, the researchers added a radioactive tracer called copper-64.

They also coated them with a peptide that is attracted to acidic environments, such as the microenvironment in tumours, to induce the particles to accumulate at tumour sites.

Once they reach a tumour, these peptides insert themselves into cell membranes, creating a strong imaging signal above background noise.

The researchers tested the diagnostic particles in two mouse models of metastatic colon cancer, in which tumour cells travel to and grow in the liver or the lungs.

After treatment with a chemotherapy drug commonly used to treat colon cancer, the researchers were able to use both the urine signal and the imaging agent to track how the tumours responded to treatment.

The researchers also found that delivering copper-64 with their nanoparticles offers an advantage over the strategy that is typically used for PET imaging.

The PET tracer, known as FDG, is a radioactive form of glucose that is taken up by metabolically active cells, including cancer cells.

However, the heart generates a bright PET signal when exposed to FDG, and that signal can obscure weaker signals from nearby lung tumours.

Using acid-sensitive nanoparticles to accumulate Copper-64 in the tumour environment provides a much clearer image of lung tumours, the researchers found.

If approved for use in human patients, Bhatia envisions that this kind of diagnostic could be useful for evaluating how well patients respond to treatment, and for long-term monitoring of tumour recurrence or metastasis, especially for colon cancer.

"Those patients could be monitored with the urinary version of the test every six months, for instance. If the urine test is positive, they could follow up with a radioactive version of the same agent for an imaging study that could indicate where the disease had spread. We also believe the regulatory path may be accelerated with both modes of testing leveraging a single formulation," Bhatia says.

In the longer term, she hopes that this technology could be used as part of a diagnostic workflow that could be given periodically to detect any kind of cancer.

"The vision is that you could use this in a screening paradigm - alone or in conjunction with other tests - and we could collectively reach patients that do not have access to costly screening infrastructure today," she says.

"Every year you could get a urine test as part of a general check-up. You would do an imaging study only if the urine test turns positive to then find out where the signal is coming from. We have a lot more work to do on the science to get there, but that's where we would like to go in the long run."

Glympse Bio, a company co-founded by Bhatia, has performed phase 1 clinical trials of an earlier version of the urinary diagnostic particles and found them to be safe in patients.