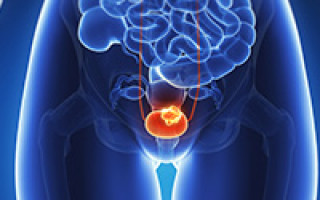 A new approach to molecular drug design has yielded a highly promising bladder cancer drug, which induced rapid shedding of tumour cells and resulted in a significant reduction in tumour size when used in clinical trials.

These potent effects were seen in patients with non-muscle invasive bladder cancer (NMIBC) and the treatment was shown to be safe, as no drug-related side effects were observed.

The study has just been published in leading journal Nature Communications.

It is associated with the highest life-time treatment costs per patient of all cancers, and more than 80% of patients recur after complete surgical removal of the first tumour.

Over the past three decades, few drugs have been approved for non-muscle-invasive disease and - compounding the problem - access to these drugs is limited by insufficient supply, including BCG immuno-therapy and common chemotherapeutics such as Mitomycin and Epirubicin.

The new approach involved designing a drug candidate using the "intrinsically disordered proteins" (IDP) concept, which relates to the recent understanding that a large segment of proteins in the body do not have a fixed 3D structure (they each typically instead take shape in a variety of ways/structures that change depending on a range of factors).

This contrasts with the more common drug design direction taken, which is based on the "lock and key" concept. This relates to the idea that proteins have fixed, well-organised 3D structures, allowing drugs to be designed to target very specific regions.

The new approach involved the use of an IDP complex known as HAMLET - a component of human milk - which, when partially unfolded, possesses tremendous cancer-killing abilities.

Dr Ken H Mok, Associate Professor in Trinity's School of Biochemistry and Immunology and the Trinity Biomedical Sciences Institute led the structural element of the work. He said:

"Targeted cancer therapies have made significant advances in recent years but the lack of tumour specificity remains a significant concern. Few current therapies kill cancer cells without harming healthy tissues, and severe side effects have become accepted as a necessary price to pay for survival or cure. This research is therefore extremely exciting as the clinical trials show great impact in reducing tumour size in people with this form of bladder cancer without any side-effects."

"From a scientific perspective - and with a nod to the great potential for other therapeutic discoveries - it is also extremely exciting to have contributed to an entirely new approach to molecular drug design. Intrinsically disordered proteins compose over 50% of the human proteome and their malleability to adapt towards binding a variety of surfaces may, in some cases such as this, result in a gain of function. One motif may have a 'targetable weakness' that others don't have."

"This concept may help people understand why drugs designed using "lock and key" principles often fail in clinical trials if they encounter different structural forms of the protein they were made to attack. Once the blueprints change, a promising drug may not have the desired impact."

"In a way, we are witnessing an analogous rapid variation in protein structure during this COVID-19 pandemic, albeit through the sampling of mutation space. Although not an intrinsically disordered protein, the spike protein (S-protein) of the virus is continuously varying its thermodynamic stability or allowing it to be processed more readily by our cells - in other words, it is practising a kind of conformational fluidity."