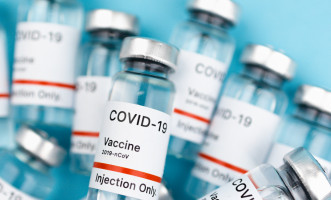 Since the early days of the COVID-19 pandemic, there were questions about how people in active cancer treatment would fare if they became infected with SARS-CoV-2.

The worries were due, in large part, to the effects that cancer and its treatments can have on the immune system.

Now that COVID-19 vaccines are widely available, concerns have shifted to the safety and effectiveness of vaccination in this potentially vulnerable population.

A study published in the journal Cancer Cell aims to allay those fears.

In a review of 200 patients with a wide spectrum of cancer diagnoses, researchers at Montefiore Health System and Albert Einstein College of Medicine in the Bronx, NY, found that after full vaccination, 94% of patients overall demonstrated seroconversion, which was determined by the presence of antibodies to the SARS-CoV-2 spike protein.

Response rates were very high among patients with solid tumours and were lower in people with certain blood cancers, but even the majority of those patients mounted an immune response.

"Studies from early in the pandemic found that cancer patients who get COVID-19 have higher rates of morbidity and mortality compared to the general population," says senior co-author Amit Verma, director of the Division of Hemato-Oncology at Montefiore and professor of medicine and of developmental and molecular biology at Einstein, and associate director, translational science, Albert Einstein Cancer Center. "We really need efforts to protect these vulnerable patients from infection. This study should help people feel reassured that these vaccines work very well, even in those receiving chemotherapy or immunotherapy."

"This study confirms that there is no need for patients to wait for vaccination until they finish their chemotherapy or immunotherapy," says senior co-author Balazs Halmos (@DrSteveMartin), director of the Multidisciplinary Thoracic Oncology Program at Montefiore, professor of medicine at Albert Einstein College of Medicine, and a member of the Albert Einstein Cancer Center (AECC).

"The side effects from vaccination seen in these populations were not substantially worse than in other groups. Not a single patient had to go to the emergency room or be admitted to the hospital because of side effects from the vaccines."

This study was the largest of its kind to look at seroconversion rates in cancer patients who have been fully vaccinated.

Previous studies have looked at much smaller populations or have analysed antibody levels after only the first dose of two-dose vaccines.

In serum tests to look for IgG levels after vaccination, the researchers found that among patients with solid tumours, 98% showed seroconversion.

Among patients with hematologic cancers, the rate of seroconversion was 85%.

Patients receiving some treatments fared worse than others. Those receiving therapies for blood cancers that work by killing B cells (such as rituximab or CAR T therapies) had seroconversion rates of 70%. For those who had recently had bone marrow or stem cell transplants, the rate was 74%.

But those rates were still much higher than expected, the researchers say.

"Although those receiving treatments that affect B cells didn't do as well, patients with blood cancers that affect the myeloid cells rather than the lymphoid cells had a pretty good response with regard to seropositivity," says first author Astha Thakkar (@asthakkar15) a Montefiore hematologic oncology fellow. "This includes people with acute myeloid leukemia and myelodysplastic syndrome."

The researchers say that one reason their data are so significant is that they include patients who had a broad range of cancers and who were undergoing a number of different treatments. "The patients themselves were also diverse and were representative of the patients we treat in the Bronx," Halmos says. "About one-third were Black and 40% were Hispanic."

"Vaccination among these populations have been lower, even though these groups were hardest hit by the pandemic," Verma concludes. "It's important to stress how well these patient populations did with the vaccines."