Obesity and cancer: Studies highlight different aspects of the connection 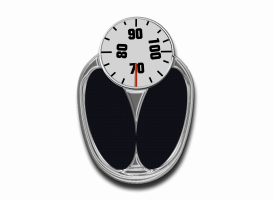 Multi-factorial metabolic and inflammatory abnormalities in obesity, independently or in combination, seems to be the critical biological link of obesity, cancer and racial/gender health disparities. However, the specific cross-talk between these factors remain elusive.

Because of the extraordinary relevance in understanding the relationship between obesity-associated inflammation and comorbidities with cancer development, progression and intervention, three new papers emphasising different aspects of the obesity and cancer connection can be found in an online issue of Obesity.

"We highlighted in the review the contribution of alteration of metabolic factors such as lipids, insulin and leptin in obesity on the modulation of immunosuppressive and pro-oncogenic capabilities of myeloid cells, as key players in the chronic inflammation, which is a feature in obesity and cancer. Also, although the maintenance of a healthy weight is an essential principle to prevent cancer, obesity - within the context of a certain metabolic and inflammatory phenotype that remains to be defined - seems to be advantageous for the anti-cancer immunotherapy, a clinically and scientifically fascinating observation recently published," said Maria D. Sanchez-Pino, MSc., PhD, assistant professor of research at the Stanley S. Scott Cancer Center, member of the Department of Interdisciplinary Oncology and Department of Genetics at the LSU Health Sciences Center in New Orleans, and corresponding author of the paper titled "Obesity-associated Myeloid Immunosuppressive Cells, Key Players in Cancer Risk and Response to Immunotherapy".

"Deciphering the molecular mechanisms by which obesity-associated metabolic factors activate or enhance the function of Myeloid-derived Suppressor Cells (MDSC) and immunosuppressive macrophages will allow us to identify biomarkers for prognosis and therapeutic responses, as well as, to discover potential targets for pharmacological therapies, and then, possibly disrupt the pathophysiologic inflammatory link between obesity and cancer."

Brown also described in his study titled "Obesity and Cancer Risk in White and Black Adults: A Prospective Cohort Study" that meaningful differences in the predictive associations of obesity and cancer risk are explained by race and sex.

In his prospective cohort study of 18,296 Caucasian and African-American adults with cancer, the body mass index and waist circumference were not positively associated with cancer risk in Black men.

However, among White men and White and Black women, a larger body mass index and waist circumference were associated with a higher risk of cancer.

Other authors of the study include Shengping Yang, Emily Mire, and Peter Katzmarzyk from the LSU Pennington Biomedical Research Center in Baton Rouge, and Xiacheng Wu, who is also part of the School of Public Health/Louisiana Tumor Registry, and Lucio Miele, Jovanny Zabaleta and Augusto Ochoa of the School of Medicine, LSU in New Orleans.

Brown also participated in the symposium titled "Hitting A Triple - Diabetes, Obesity, and the Emerging Links to Cancer Risk," during ObesityWeek 2019 in Las Vegas.

During the symposium, experts discussed the state-of-the-science and highlighted research gaps with the mechanistic link between diabetes, obesity and cancer.

The researchers and clinicians settled that because the prevalence of obesity and diabetes increases, which in turn amplify the risk of malignances, clinical and public health interventions are urgently needed.

Researchers explained that identifying how to disrupt the linkages among obesity, diabetes and cancer can transform the health and wellness of society; such a discovery would represent a "grand slam" for public health and medicine.