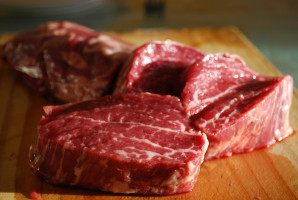 A new paper in JNCI Cancer Spectrum, published by Oxford University Press, indicates that several non-genetic factors - including greater red meat intake, lower educational attainment, and heavier alcohol use - are associated with an increase in colorectal cancer in people under 50.

In the United States, incidence rates of early-onset colorectal cancer have nearly doubled between 1992 and 2013 (from 8.6 to 13.1 per 100,000), with most of this increase due to early-onset cancers of the rectum.

Approximately 1 in 10 diagnoses of colorectal cancer in this country occur in people under 50.

Researchers have observed the rise particularly among people born since the 1960s in studies from the United States, Canada, Australia, and Japan.

During the same period there have been major changes in diets among younger generations across the developing world. Such changes include decreases in consumption of fruits, non-potato vegetables, and calcium-rich dairy sources.

This is coupled with an increase in processed foods (e.g., meats, pizza, macaroni and cheese, etc.) and soft drinks.

Average nutrient intakes of fibre, folate, and calcium among the U.S. population are also lower than recommended.

The increase in early onset colorectal cancer is concerning to researchers because these cancers often have worse outcomes than those diagnosed in older people.

It has led to recommendations that colorectal cancer screening begin at younger ages.

Several other colorectal cancer risk factors trended toward an association with early-onset colorectal cancer, including history of diabetes and lower folate, dietary fibre, and calcium intake.

However, neither BMI nor smoking were risk factors in the early-onset group, in contrast to the late-onset group.

According to Richard Hayes, the senior investigator for this research: "this first large-scale study of non-genetic risk factors for early-onset colorectal cancer is providing the initial basis for targeted identification of those most at risk, which is imperative in mitigating the rising burden of this disease."