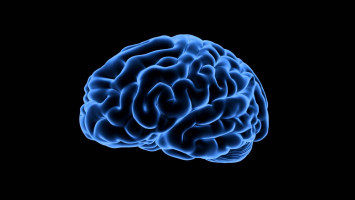 Researchers at Baylor College of Medicine and collaborators at other institutions have discovered that POT1, a gene known to be associated with risk of glioma, the most common type of malignant brain tumour, mediates its effects in a sex-specific manner.

Researchers found that female mice with glioma that lacked the gene survived less than males. This led them to investigate human glioma cells, where they found that low POT1 expression correlated with reduced survival in females.

Published in the journal Cancer Research, the study also shows that, compared to males, female tumours had reduced expression of immune signatures and increased expression of cell replication markers, suggesting that the immune response and tumour cell proliferation seemed to be involved in favouring tumour growth.

This study began as a collaboration between Dr. Benjamin Deneen's lab at Baylor and Dr. Melissa Bondy's lab, previously at Baylor and now at Stanford University. Bondy and her group study familial or inherited forms of glioma from the epidemiologic standpoint.

Their studies have linked mutations in the gene POT1 to the risk of glioma development.

In the current study, the researchers looked to determine whether POT1 mutations affected glioma development in a mouse model of the condition developed in the Deneen lab.

"We began our study by knocking out the POT1 gene in our mouse model and examining whether this affected the development and growth of glioma tumours," said first author Dr. Ali Jalali, assistant professor of neurosurgery at Baylor.

Jalali and his colleagues worked with male and female mice, and in their first analyses they pooled the data from both groups.

"This analysis showed that the absence of POT1 did not seem to affect tumour growth," Jalali said.

"But then, a team member looked at male and female responses separately. Unexpectedly, we were able to see that in the absence of POT1, gliomas grew faster in female mice. Females also had a shorter survival than males."

The team then investigated whether the level of POT1 expression in glioma tumours was associated with sex-dependent survival in patients.

"We found that a reduction of POT1 expression in human gliomas also had sex-dependent effects on tumour growth," Jalali said.

Next, the researchers investigated what could be mediating the sex-dependent effects of lacking POT1 by comparing the genes expressed by glioma tumours with or without POT1. They conducted these analyses in both human glioma samples and in gliomas from the animal model.

"We observed that, in the absence of POT1, there was a sex-specific effect on expression of genes involved in the immune response, both in mice and humans," Jalali said.

"Some of these genes are known to contribute to the activation of immune cells, such as T cells and macrophages, which have been shown to play a role in cancer growth. We also took a closer look at the tumours and found that female mice lacking the POT1 gene had less immune cell infiltration into the tumours compared to males. This suggested the possibility that a sex-dependent change in immune response contributed to the observed gender differences in tumour aggressiveness driven by loss of POT1."

"Taken together, our results not only show that mutations in the POT1 gene promote glioma development in a sex-dependent manner, but also support that the mutations might favor glioma development by increasing the tumour's ability to proliferate, by reshaping immune infiltration in tumours and probably other effects yet unexplored," said Deneen, corresponding author of the work and professor and Dr. Russell J. and Marian K. Blattner Chair of neurosurgery at Baylor.

"Importantly, POT1 effects are sex-dependent both in our animal model and in human glioma. We are interested in understanding how POT1 leads to this sex-dependent effects in glioma and perhaps in other cancers and whether other genes that also are linked to glioma work in this way."

"This was a great collaboration," said Bondy, a co-author of this study.

"It is exciting that we were able to translate what we found in epidemiological studies of human families into an animal model. We showed in the animal model that POT1 has a functional significance affecting glioma growth. Understanding how POT1 mutations promote glioma development in a sex-dependent manner would provide important new insight into how to manage and treat the disease."