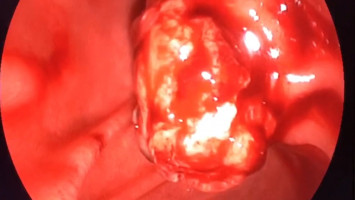 With an overall survival rate of 9% for those diagnosed, pancreatic cancer remains exceedingly difficult to treat. However, the patient's primary tumour typically isn't what leads to death - it is cancer's ability to evade detection and metastasise to other organs.

A team of researchers at the OU College of Medicine has published a new study in the journal Gastroenterology, the world's leading publication on GI tract disease, that sheds new light on the ability of pancreatic cancer cells to spread throughout the body. Understanding why metastasis occurs is crucial for developing a therapeutic strategy to stop the spread.

The study, led by scientist Min Li, PhD, and physician-scientist Courtney Houchen, M.D., centres around ZIP4, a protein that transports zinc throughout the body. While zinc is important for good health, too much of the heavy metal causes problems.

In the new study, researchers found that when ZIP4 is over expressed in patients with pancreatic cancer, it essentially prompts the tumour cells to transform themselves in a manner that allows them to stealthily travel to the body's other organs.

In scientific terms, the tumour cells transition from an epithelial to a mesenchymal phenotype.

"That transition means the tumour cells are doing everything they can to avoid the surveillance of the body's immune system, as well as chemotherapy and other therapies," Li said.

"They become more evasive and can penetrate the blood vessels, which permits them to go anywhere in the body."

The cells are shape-shifters, taking the form of a square in the primary cancer site, but switching to a spindle shape that helps them to sneak away and begin to metastasise.

The cells' growth also slows, allowing them to "fly under the radar" of the immune system.

"This is important because when tumours are in the form of epithelial cells, they are easier to kill with chemotherapy," Li said.

"But when they switch to mesenchymal cells, they become resistant to treatment.

Tumour cells are very smart and are like creatures with multiple faces. That's why we are looking for the right moment to target them with different strategies."

More than 60% of patients with pancreatic cancer experience metastasis within the first 24 months after surgery.

The epithelial-mesenchymal transition is increasingly recognised as a major component of that spread, Houchen said.

"Once a patient has metastatic disease, no therapy can extend life more than six to eight months," Houchen said.

"It's clear that metastatic spread has to be stopped if we're going to improve survival rates.

This study helped us to understand the role of ZIP4 in the epithelial-mesenchymal transition. Somewhere in that shape-shifting process is where we need to intervene to stop the metastasis."

This publication is the third in the past three years in the journal Gastroenterology for Li and Houchen's research team.

Each study has focused on a different role for ZIP4, which serves as a "master switch" for several things to occur in pancreatic cancer.

In their first publication, they demonstrated that ZIP4 plays a role in the onset of cachexia, a muscle-wasting condition that affects at least 80% of people with pancreatic cancer.

The next publication focused on how the over expression of ZIP4 causes pancreatic cancer cells to be more resistant to chemotherapy.

"People diagnosed with many other types of cancers have seen an increased survival rate in the past 30 years, but that's not the case with pancreatic cancer," Li said.

"We are making progress because our research is truly a group effort; no single person could do this. We have many talented people in our lab. I think we're entering a different phase where we can soon start developing a drug to specifically target the process involving ZIP4."