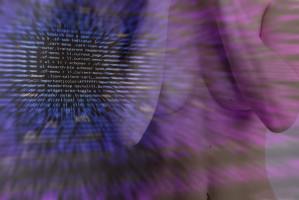 Researchers at HSE University have identified the genes that play a crucial role in breast cancer metastasis. The results of the study were published in the journal PLOS ONE.

Every human cell includes a huge number of various molecules: DNA, RNA, proteins, etc. One of the essential classes of molecules that interact with each other are microRNAs, along with their target genes and transcription factors.

MicroRNAs are small molecules, which can directly reduce the concentration (expression) of target genes, while transcription factors are able to both increase and reduce the expression of microRNAs and genes.

In healthy cells, such interactions are necessary for normal operation, while in cancer cells, certain interactions 'get broken', thus allowing a tumour to spread and elude treatment.

Faculty of Biology and Biotechnology experts Stepan Nersisyan and Alexander Tonevitsky, together with their colleagues from Lomonosov MSU (Alexei Galatenko, Vladimir Galatenko), have developed an algorithm that recreates the networks of intercellular interactions in cancer cells.

They use this program to detect the key molecules responsible for breast cancer metastasis.

They applied machine learning methods to formulate a model that establishes interaction networks of microRNAs, their targets and transcription factors. A key feature of the program is its ability to integrate different data sources, including various interaction databases and expression profiles of the studied molecules in sample sets (e.g. in real tumours).

The authors used the breast cancer interaction network to detect the most important molecules that contribute to breast cancer metastasis.

In turn, transcription factor E2F1 turned out to be a key regulator for many marker genes, the expression of which helped the researchers to predict, with high precision, whether a patient would experience metastasis.

'We proposed a hypothesis, whereby the most active molecules in the established network can contain prognostic information: if something is wrong with them after the appearance of an initial tumour, the large number of broken interactions may increase the probability of metastasis. The initial results indicate that this hypothesis has been confirmed. Furthermore, a major share of the identified prognostic genes turned out to be directly related to the activities of a single molecule - E2F1,' notes Stepan Nersisyan, Junior Research Fellow at the HSE International Laboratory of Microphysiological Systems.