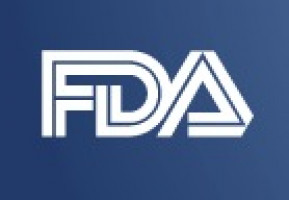 The Food and Drug Administration has granted regular approval to sacituzumab govitecan for patients with unresectable locally advanced or metastatic triple-negative breast cancer (mTNBC) who have received two or more prior systemic therapies, at least one of them for metastatic disease.

Efficacy and safety were evaluated in a multi-centre, open-label, randomised trial (ASCENT; NCT02574455) conducted in 529 patients with unresectable locally advanced or mTNBC who had relapsed after at least two prior chemotherapies, one of which could be in the neoadjuvant or adjuvant setting, if progression occurred within 12 months.

Patients were randomised (1:1) to receive sacituzumab govitecan, 10 mg/kg as an intravenous infusion, on days 1 and 8 of a 21-day (n=267) cycle or physician’s choice of single agent chemotherapy (n=262).

Additional efficacy endpoints included PFS for the full population (with and without brain metastases) and overall survival (OS).

The recommended sacituzumab govitecan dose is 10 mg/kg once weekly on days 1 and 8 of 21-day treatment cycles until disease progression or unacceptable toxicity.