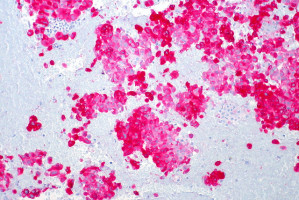 For the first time, activation of nuclear receptor co-activator 3 (NCOA3) has been shown to promote the development of melanoma through regulation of ultraviolet radiation (UVR) sensitivity, cell cycle progression and circumvention of the DNA damage response.

Results of a pre-clinical study led by Mohammed Kashani-Sabet, M.D., Medical Director of the Cancer Center at Sutter's California Pacific Medical Center (CPMC) in San Francisco, CA were published online today in Cancer Research, a journal of the American Association for Cancer Research.

"Our research suggests a previously unreported mechanism by which NCOA3 regulates the DNA damage response and acts as a potential therapeutic target in melanoma, whereby activation of NCOA3 contributes to melanoma development following exposure to ultraviolet light," says Dr. Kashani-Sabet, who collaborated with scientists at CPMC's Research Institute, the University Duisburg-Essen in Germany and the Knight Cancer Institute in Portland, OR for the study.

But the precise molecular mechanisms by which melanoma develops following UVR remain poorly understood, necessitating the identification of additional molecular factors that govern both UV and melanoma susceptibility.

NCOA3 (also known as AIB1 or SRC-3) is a member of the nuclear hormone receptor co-activator family, and regulates gene expression through its interaction with various transcription factors.

NCOA3 was initially shown to be amplified in breast cancer, and has a demonstrated oncogenic role in various solid tumours.

However, a role for NCOA3 in UVR-mediated melanomagenesis has not been previously demonstrated.

By utilising a combination of in vitro, in vivo and PDX modelling of melanomagenesis, Dr. Kashani and colleagues assessed the effects of regulating NCOA3 expression in human melanoma cells as well as in melanocytes, identifying multiple oncogenic pathways regulated by NCOA3 in melanoma progression.

Suppression of NCOA3 expression led to activation of DDR effectors and reduced expression of cyclin B1, resulting in G2/M arrest and mitotic catastrophe.

A single nucleotide polymorphism in NCOA3 (T960T) was associated with decreased melanoma risk, given a significantly lower prevalence in a familial melanoma cohort than in a control cohort without cancer.

Taken together, these findings are consistent with a model of melanoma initiation whereby elevated NCOA3 expression promotes melanocyte survival following exposure to UVR.

Over the lifetime of an individual who is susceptible to melanoma, significant exposure to UVR can result in both the high mutational burden and uncontrolled cellular proliferation that characterise the disease.

By contrast, these effects are attenuated following expression of the T960T polymorphism, with increased sensitivity to UV-mediated cell death, thereby protecting against the carcinogenic effects of UVR.

"Our results demonstrate an unprecedented role for a molecular marker in distinct stages of tumour progression. These results identify NCOA3 as a candidate susceptibility marker for melanoma, as a potential diagnostic marker, as a prognostic marker of melanoma survival and as a target for therapy. We propose a critical role for NCOA3 in UVR-mediated melanomagenesis, and as a rational therapeutic target for melanoma," says Dr. Kashani-Sabet.

Skin cancer is the most common type of cancer worldwide.

This year, approximately 106,000 Americans will be diagnosed with melanoma.

"We're committed to advancing this research to help guide and inform care for the treatment of Sutter patients with melanoma and other patients worldwide," says Dr. Kashani-Sabet.