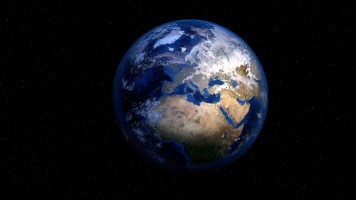 Although cancers that occur in the gallbladder or bile ducts are rare, their rates are increasing.

A recent study provides details on the burden of gallbladder and biliary tract cancer (GBTC) across 195 countries and territories from 1990 to 2017.

The findings are published early online in CANCER, a peer-reviewed journal of the American Cancer Society.

Determining GBTC estimates and trends in different global regions can help to guide research priorities and policies for prevention and treatment.

With this in mind, a team of scientists examined publicly available information on GBTC from the Global Burden of Disease (GBD) project, an ongoing observational study that provides comprehensive burden levels and trends for all major diseases, injuries, and risk factors by region, sex, country, and age.

Findings from the study indicate that GBTC incidence increased by 76 percent, mortality increased by 65 percent, and disability-adjusted life years increased by 52 percent from 1990 to 2017.

"GBTC remains a major health burden worldwide. Our findings may be valuable for policymakers to establish cost-effective methods for the early diagnosis, prevention, and treatment of GBTC, reducing its modifiable risk factors, and reversing the increasing trend," the authors wrote.

Although the GBD Network is the source of the estimates used in this study, the authors of this paper are not members of the GBD collaborator network and were not involved in the production of these estimates.

The GBD Network cannot speak to the accuracy of this description of the authors' methods, the fidelity of the reported estimates, or the rigor of the conclusions.

Study finds treating precancerous growths in people with HIV reduces anal cancer by more than half 15 Jul 2022
ASCO 2022: Gut microbiome associated with increased immune cell infiltration in the tumour microenvironment and response to immunotherapy across cancer types 16 Jun 2022
ASH 2021: Older adults at high risk for multiple myeloma precursor condition may benefit from screening 13 Dec 2021
How has the COVID-19 pandemic impacted the diagnosis of new cancers? 6 Dec 2021
The ‘Time To Act’ data navigator – A new landmark tool in the fight against the impact of COVID-19 on cancer 18 Nov 2021
Advanced breast cancer patients should receive COVID-19 vaccination without delay 5 Nov 2021
Advanced breast cancer patients denied opportunities to join clinical trials 4 Nov 2021
Major global study reveals risk of breast cancer spreading to other parts of the body 3 Nov 2021
POT1 gene mutation predisposes to glioma and affects survival in a sex-specific manner 21 Apr 2021
Study leads to the identification of a new drug target for brain cancer 20 Apr 2021