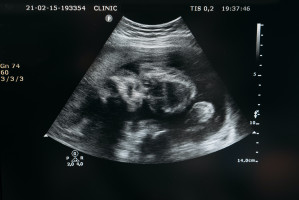 Exposure in the womb to a drug used to prevent miscarriage appears to raise the offspring's cancer risk decades later, especially for colorectal and prostate cancers, researchers have found.

They will present the results of their new study Tuesday at ENDO 2021, the Endocrine Society's annual meeting.

Some adult children of women who received the drug, hydroxyprogesterone caproate (OHPC or 17-OHPC), during pregnancy in the 1950s and 1960s are now experiencing more than twice the odds of cancer, said the study's lead researcher, Caitlin Murphy, Ph.D., M.P.H., an assistant professor at the University of Texas Southwestern Medical Center in Dallas, Texas.

OHPC is a synthetic progestogen hormone that was first marketed in the mid-1950s (as Delalutin in the United States) to treat pregnant women with recurrent or threatened miscarriage.

It is still available in the United States for pregnant women (under the trade name Makena) to prevent preterm birth.

"There is compelling evidence that some synthetic hormones cause endocrine disruption during early foetal development that may lead to cancer later in life for the offspring," Murphy said.

As an example, she cited the synthetic oestrogen diethylstilbestrol (DES) that some pregnant women took in the 1970s and that years later was found to increase the risk of certain cancers in adult daughters of those women.

"The rates of some cancers, such as colorectal cancer, are increasing in adults younger than 50, and we wondered if endocrine disruption in utero--in the womb--may partly contribute to this increase," she said.

Murphy and her colleagues examined the effect of OHPC exposure on the cancer risk among adult offspring of mothers who used OHPC during the pregnancy with them versus offspring whose mothers did not.

All mothers were participants in the Child Health and Development Studies, a group who received prenatal care between June 1959 and June 1967 in the Kaiser Foundation Health Plan in Oakland, Calif.

The researchers used the California Cancer Registry to identify cancers diagnosed in the adult children through 2018.

Among more than 18,751 live births, 954 cancer diagnoses were made in offspring ages 18 to 58 years, the researchers found.

A total of 181 women received OHPC during pregnancy.

The children they gave birth to had cancer detected in adulthood more than twice as often as non-exposed offspring. Most of these cancers--65 percent--occurred in people younger than age 50, Murphy noted.

Furthermore, OHPC-exposed offspring had a nearly five times higher rate of colon and rectal cancers and almost four times the rate of prostate cancer compared with non-exposed offspring, according to Murphy, who said the strength of this association surprised them.

Rates of breast cancer and cervical cancer also were elevated in exposed offspring but not as dramatically, she said.

"Our findings suggest multiple organ systems are susceptible to endocrine disruption during early development, which may increase risk of cancer decades later," Murphy said. "Caution using OHPC and other endocrine-active pharmaceuticals in early pregnancy is warranted."

The U.S. Food and Drug Administration proposed in October 2020 that OHPC be withdrawn from the market because postmarket studies failed to verify clinical benefits.