Cancer trial participation does not eliminate disparities for poor patients 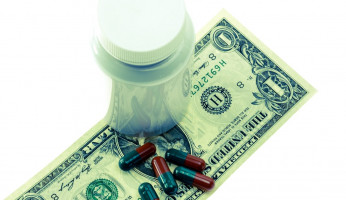 Even with access to a clinical trial, cancer patients living in the poorest neighbourhoods in America have a nearly 30 percent greater chance of dying from their disease compared to the wealthiest patients, SWOG Cancer Research Network study results show.

"What's surprising, and dismaying, to learn is that even though all patients benefit from trials, the poorest patients are still much more likely to die of their cancer. The disparity persists."

At SWOG, a cancer clinical trials group funded by the National Cancer Institute (NCI), part of the National Institutes of Health (NIH), Unger is building a high-profile body of work that investigates the causes and effects of health disparities in cancer patients.

In 2018, he published results of a study that showed that differences in survival rates between rural and urban cancer patients are significantly reduced when patients are enrolled in a clinical trial.

With this new work, Unger wanted to examine - for the first time - the association between socioeconomic deprivation and outcomes among cancer trial patients.

To examine the link, Unger and his team analysed data from 41,109 patients enrolled in 55 phase III and large phase II studies conducted by SWOG between 1985 and 2012.

Patients were also in various stages of cancer progression, including 37 percent with advanced-stage disease.

The team used patients' zip codes and linked them to the Area Deprivation Index (ADI), a measure of the socioeconomic ranking of U.S. neighbourhoods.

The ADI is created with a broad set of 17 variables, including education, employment, housing quality, and poverty. The team categorised patients into five categories ranging from "most deprived" to "most affluent."

Finally, the team examined cancer-specific survival, or whether and when trial patients died specifically from their disease.

The results: The poorest patients live the shortest lives.

Compared to trial patients in the most affluent neighbourhoods, these patients had a 28 percent increased risk of death. The same pattern was found for progression-free and cancer-specific survival.

Patients from the poorest areas always fared the worst - even after accounting for possible demographic, clinical, and geographic variables that could influence their health and longevity.

The factors driving the disparities are many, Unger said, ranging from a lack of access to good medical care and the money to pay for it to an increased risk for smoking, obesity, and other factors that can lead to bad health.

Unger's results, showing a 28 percent difference, suggest that the kind of guideline-based cancer care patients receive in a clinical trial may eliminate about half of the negative effects of poverty.

The research results, Unger said, would support increasing access not only to clinical trials but also to health insurance, especially through programs like Medicaid that serve people with limited incomes.

The findings also suggest that a more aggressive approach to health promotion and disease prevention aimed at low-income areas could be beneficial.

"This work shows the persistent health effects of poverty over time, and ultimately policy solutions need to address disparities across the lifespan," Unger said.

"Access to guideline-based care helps all cancer patients, but it alone is not enough to fix the health inequities driven by socioeconomic deprivation."