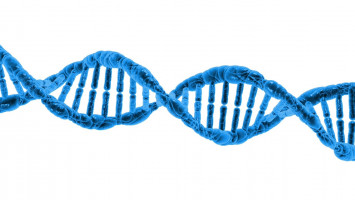 Neuroendocrine tumours are cancers that begin in specialised cells called neuroendocrine cells. These cells have traits similar to those of nerve cells and hormone-producing cells.

Neuroendocrine tumours, while rare, can occur anywhere in the body. Most affect the cardiothoracic region, e.g. lungs, appendix, small intestine, pancreas as well as the rectum.

There are many types of neuroendocrine tumours: some grow slowly while others develop very rapidly.

Neuroendocrine tumours are characterised by abundant production of somatostatin receptor 2, a naturally circulating hormone that is an important target for scientists studying new treatment approaches.

It is a form of molecular therapy that features a protein (called a peptide) which targets cancer cells and which is similar to the naturally circulating hormone, somatostatin.

The peptide is mated with a small amount of radioactive material, or radionuclide. They form a radiopharmaceutical called a radiopeptide (177Lu-DOTA-EB-TATE).

Injected into a patient, this radiopeptide travels in the bloodstream, finds and then binds to neuroendocrine tumour cells, before delivering a targeted high dose of radiation directly to the cancer cells.

Together with collaborators at the Peking Union Medical College Hospital, the Chinese Academy of Medical Science, Professor Shawn Chen Xiaoyuan of the Department of Diagnostic Radiology, Yong Loo Lin School of Medicine at the National University of Singapore (NUS), has managed to improve the pharmacokinetics (i.e. the absorption and movement of drugs into, through and out of the body) and effectiveness of PRRT, while reducing its dosage and toxicity.

The researchers did this by introducing a truncated Evans blue molecule onto octreotate peptide (denoted as 177Lu-DOTA-EB-TATE).

"The EB part allows reversible binding of 177Lu-DOTA-EB-TATE to blood albumin and extends its half-life in the blood, and thus provides an extended therapeutic time window, and improved treatment efficacy over Lutathera," said Prof Chen, who holds concurrent appointments at the NUS Departments of Chemical and Biomolecular Engineering, and the Department of Biomedical Engineering, Faculty of Engineering.

Lutathera is a radioactive medication used to treat neuroendocrine cancers.

The patients were randomly divided into three escalating dose groups. The treatments were planned for up to three cycles, repeated at 8-to-12-week intervals.

Haematologic parameters, liver function, and kidney function were tested at baseline, one week, and four weeks after each cycle of treatment.

The patients were scanned at the start of the trial, some days before the second and third cycles of treatment, and two to three months after their last PRRT cycle.

The patients tolerated 177Lu-DOTA-EB-TATE well, with good tumour response with almost no side effects.

The study was published in the 2021 March issue of the Journal of Nuclear Medicine .

"177Lu-DOTA-EB-TATE with longer circulation half-life and high tumour accumulation appears to have more potent anti-cancer efficacy than Lutathera, and at a much lower dose. We hope reversible albumin binding through Evans blue derivatives will create various novel therapeutic radiopharmaceuticals that can be effective for not only NET patients but also other types of cancer patients over-expressing different molecular targets," Prof Chen said.

Associate Professor Quek Swee Tian, Head of the Department of Diagnostic Radiology at the National University Hospital, said PRRT has been shown to confer a longer progression-free survival and a significantly higher response rate in patients with advanced neuroendocrine cancers as compared to first line medical therapy.

"The development of 177Lu-DOTA-EB-TATE, with its improved pharmacokinetics, has further advanced the PRRT therapeutic technology and holds promise for even better therapeutic efficacy and a more efficient workflow for our patients with a drug infusion time a fraction of standard PRRT."

The technology has been licensed to Molecular Targeting Technologies, Inc. (MTTI) and an Investigational New Drug (IND) application has been approved by the U.S. Food and Drug Administration (FDA).