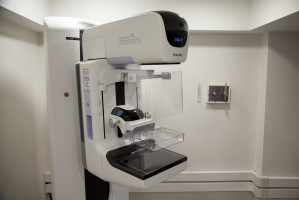 Attendance at regular mammography screening substantially reduces the risk of dying from breast cancer, according to a large study of over half a million women, published in the journal Radiology.

Researchers said women who skip even one scheduled mammography screening before a breast cancer diagnosis face a significantly higher risk of dying from the cancer.

In the new study, led by László Tabár, M.D., from Falun Central Hospital in Falun, Sweden, and funded by the American Cancer Society, a multinational team of researchers took a more detailed look at screening attendance patterns to further refine mortality risk estimates.

They analysed data from almost 550,000 women eligible for mammography screening in nine Swedish counties between 1992 and 2016.

The women were divided into groups based on their participation in the two most recent scheduled screening exams prior to cancer diagnosis.

Women who participated in both screening sessions prior to diagnosis were identified as serial participants, while those who did not attend either screening opportunity were categorised as serial nonparticipants.

"While we suspected that regular participation would confer a reduction greater than that with irregular participation, I think it is fair to say that we were slightly surprised by the size of the effect," Duffy said. "The findings support the hypothesis that regular attendance reduces the opportunity for the cancer to grow before it is detected."

The researchers are continuing to study mammography data to develop a more comprehensive picture of screening benefits, including the impact on interval cancers that arise between screening mammography examinations.

"We are planning further prognostic research into the mechanism of this effect," Duffy said. "For example, we plan to investigate whether and--if so--to what extent regular attendance improves the prognosis of interval cancers as well as screen-detected cancers. Estimation of this by time since last screen may have implications for policy on screening frequency."