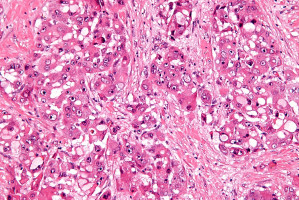 Changes in cell programming allow these cells to grow in an uncontrolled fashion, thereby forming the cancer mass.

Hepatocellular carcinoma (HCC), being highly malignant and invasive with a high recurrence rate and drug resistant phenotype, is one of the most dreadful cancers. Understanding the underlying molecular mechanisms is crucial to design therapeutic interventions and to predict patient prognosis.

Cancer cells use metabolic, immunogenic, or growth-related strategies, which can be controlled by a number of alterations in the cell process.

Abnormal activity of proteins that handle m6A regulation has been linked to cancer hallmarks like invasion, metastasis, and drug resistance in several cancers including HCC.

But does this correlation translate into a causative relationship?

Can m6A modification influence the behaviour of HCC and help predict prognosis?

To find out, a group of researchers from Fudan University, China led by Prof. Lun-Xiu Qin carried out a bioinformatics analysis to identify specific m6A signatures and associated regulators that can help predict metabolic state, disease severity, and prognosis of HCC.

Talking about the importance of metabolic alterations, author, Prof. Qin says, "Our previous work has revealed how metabolism dysfunction can affect HCC invasion capacity and can be targeted for therapeutic interventions. Now, we wanted to know how they are caused."

They were able to identify 23 m6A regulators from published literature, of which 13 have been reported in HCC.

In addition, they also included m6A regulators linked to other cancers.

The regulators were clustered into metabolic groups, and the biological processes across clusters were differentiated.

They also developed a novel m6A score to quantify how much modifications happened in HCC, the association with other alterations that contribute to HCC pathogenesis, and the response to treatment with sorafenib (line of treatment for liver cancer).

The results were clear: there was a well-defined heterogeneity in m6A patterns between tumour and non-tumour liver tissues.

Moreover, they found considerable differences in copies of the gene along with increased gene expression in m6A regulators across HCC and were able to group HCC cells into 3 clusters with distinct metabolic profiles.

In contrast, m6A cluster C3 was distinct in its hyperactive mRNA methylations, higher expression of m6A regulators, and was characterised by hypoactive metabolism, advanced tumour stage, poorer prognosis, and a better response to sorafenib.

The m6A cluster, C2, was intermediate between C1 and C3.

Highlighting their key findings with respect to HCC prognosis and treatment, authors state, "This is the first work exploring the m6A methylation heterogeneity in HCC. We were also able to identify certain m6A regulators as risk factors for poor prognosis, therefore suggesting the potential of the m6A landscape in predicting disease progression and outcomes."

Overall, this study enhances our understanding of how m6A regulators influence metabolic heterogeneity of HCC and provides novel insights into potential prognostic markers and response to treatment in patients with HCC.