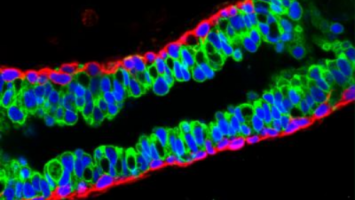 A study led by researchers at Baylor College of Medicine reveals a novel role of the steroid receptor coactivator 3 (SRC-3/NCOA3), a protein crucial for steroid hormone function and a prognostic marker for aggressive human breast and other cancers.

The team discovered that SRC-3 also regulates human immune T regulatory cells (Tregs), which contribute to the regulation of the body's immunological activity by suppressing the function of other immune cells, including those involved in fighting cancer.

The study, which appears in the journal Scientific Reports, shows that Tregs whose SRC-3 function was eliminated failed to suppress the activity of other immune cells in the lab.

The authors anticipate that their findings may help in the fight against cancer in the future by leading to new approaches to inhibit Tregs activity which consequently would release immune attack in tumours.

"For instance, Tregs are critical to prevent autoimmunity, an immune response directed against normal tissues of a person, which can lead to severe disease."

In addition, breast cancer and other types of tumours include infiltrating immune cells that can contribute to the control of tumour growth or, on the other hand, provide local immune suppression that would favour tumour growth.

Treg infiltration has been experimentally proven in breast tumour biopsies and correlates with poor prognosis and reduced patient survival.

"SRC-3 is well-known for its role in cancer formation and proliferation, but we wondered what role it would play in immune T cells. A review of bioinformatics data revealed that SRC-3 is highly expressed in Tregs and this encouraged us to pursue this study."

"We experimentally show that SRC-3 is significantly enriched in both murine and human Tregs," said co-first author Dr. Prashi Jain, instructor of molecular and cellular biology at Baylor.

"Working with human Tregs, we used our small molecule inhibitor SI-2 to effectively inhibit SRC-3 in Tregs. As a result, Tregs greatly reduced their ability to inhibit the activation of other immune cells that help in maintaining antitumour immunity."

The O'Malley lab had previously shown that SI-2 eliminates SRC-3 in breast cancer cells and, consequently, inhibits tumour growth in a mouse model of breast cancer.

"Now that we know that SRC-3 also plays a key role in the immune system, I am excited to see whether our SRC-3 small molecule inhibitors might provide a dual benefit, eliminating cancer cells directly and also blocking the suppressive activity of Tregs, like killing two birds with one stone," said co-author Dr. David Lonard, associate professor of molecular and cellular biology and member of the Dan L Duncan Comprehensive Cancer Center at Baylor.

"There is a great deal of interest in finding ways to inhibit Tregs that suppress the immune system," said O'Malley, a member of Baylor's Dan L Duncan Comprehensive Cancer Center.

"We are excited about the possibility that our approach with small molecule inhibitors might lead to promising therapies in the future.

If we can remove the suppressive effect Tregs have in anticancer immune response with our small molecule inhibitors, the immune system then would be free to go after the tumour."