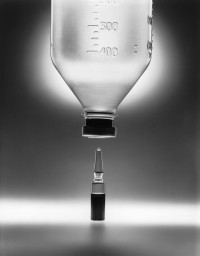 Primary analysis of the Lung Cancer Mutation Consortium (LCMC) 3 study revealed that neoadjuvant atezolizumab prior to lung cancer surgery was well tolerated by patients and met its primary endpoint of 20% major pathologic response rate, according to research presented today at the International Association for the Study of Lung Cancer's World Conference on Lung Cancer.

Atezolizumab is a monoclonal antibody that was approved by the US Food and Drug Administration in 2020 for the first-line treatment of adult patients with metastatic NSCLC.

The primary endpoint was major pathologic response (MPR; less than or equal to 10% viable tumour cells at surgery) in patients without EGFR or ALK mutations.

"It is important to recognise that the preoperative and intraoperative unresectability rates in LCMC3 are comparable to historical neoadjuvant chemotherapy trials and should not raise concern," said Dr. Lee.

"These findings represent the primary analysis of the completed LCMC3 study and are consistent with our previous results, including a preliminary report on a portion of these patients [in] 2019."

"The integration of immunotherapy and targeted therapies in the multidisciplinary approach of early-stage NSCLC represents a priority," said Dr. Scagliotti, interim IASLC CSO. "The IASLC is currently engaged in fostering the international collaboration through multiple initiatives."