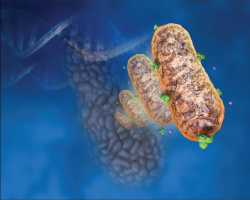 Researchers from Queen Mary University of London and Zhengzhou University have developed a powerful therapeutic platform that uses a modified virus for the treatment of pancreatic cancer.

By using the virus in combination with other drugs, the treatment significantly extended survival in preclinical models of pancreatic cancer.

Viruses that can selectively infect and destroy cancer cells, known as oncolytic viruses, are a promising new class of therapeutics for cancer.

However, current oncolytic virotherapy is unable to produce a long-term cure in patients, and the treatment has to be delivered directly into the tumour - a route that is not feasible for deeply embedded tumours, or tumours that have spread around the body.

The study, published today in the Journal for ImmunoTherapy of Cancer, describes a novel platform for the treatment of pancreatic cancer using an oncolytic Vaccinia virus that was modified to improve its safety, ability to spread within and between tumours and capacity to activate potent anti-tumour immune responses.

The study built upon previous work by the team (Ferguson et al, 2019; Ahmed et al, 2020), which developed a modified Vaccinia virus through the deletion of two viral genes.

By combining treatment with the modified virus and a clinically available drug (PI3Kδ inhibitor) that prevented the destruction of the virus particles by the body's immune cells, the team created an effective treatment platform that was systemic (i.e. could travel through the body), specifically targeted pancreatic tumours and activated the immune system against the tumours in preclinical models.

In this new study, to improve the efficacy of the treatment platform, the team re-engineered the virus by modifying its genetic code to contain an additional, altered copy of a protein that is crucial to the ability of the virus to spread within and between tumours.

The team also armed the virus with a protein called IL-21, which improved the virus' ability to trigger an immune response against the cancer.

Professor Yaohe Wang, from Barts Cancer Institute, Queen Mary University of London, who led the study, said: "This platform provides a powerful therapeutic to target multiple aspects of pancreatic cancer simultaneously through a convenient administration approach (intravenous injection), significantly improving the prospects of disease eradication and prevention of recurrence in pancreatic cancer patients. This platform is also suitable for treatment of other human tumour types."

The combination of the three therapeutics - VVL-21, PI3Kδ inhibitor and the immune checkpoint inhibitor - created a powerful systemic therapeutic platform that significantly extended survival in a number of different, complex preclinical models of pancreatic cancer.

Pancreatic cancer is the 11th most common cancer in the UK; however, it has the lowest survival rate of all the common cancers, with less than 7% of patients surviving their cancer for five years or more.

Pancreatic cancer is often diagnosed in the late stages of its development when the cancer is advanced or has spread to other parts of the body, making treatment difficult.

Chemotherapy and radiotherapy alone are relatively unsuccessful in treating pancreatic cancer and while surgery to remove the tumour offers the best chance of survival, more than 80% of patients ultimately die of the disease due to local recurrence and/or distant metastasis.

While immunotherapeutics such as immune checkpoint inhibition (ICI) have emerged as a promising new therapeutic approach, pancreatic cancer in particular is unresponsive to ICI monotherapy.

The new virus developed in this study demonstrated a promising synergistic anti-tumour effect in combination with ICI immunotherapy.

Following additional funding from the MRC, the team are now hoping to conduct the necessary steps required to take the viral treatment system forward into phase I clinical trials to determine its potential within the clinic.

Dr Louisa Chard Dunmall, senior postdoctoral researcher at Barts Cancer Institute, Queen Mary University of London and joint first author of the study, said: "The current prognosis for patients with pancreatic cancer has not improved for many decades and so we urgently require new treatments that can improve long-term survival. Our platform provides an exciting new mechanism of attacking the tumour in these patients and we are grateful that we have received further funding from the MRC to support this project through pre-clinical toxicity testing and virus manufacture in the hope that we can take this platform forward into phase I clinical trials within the next 3 years."