Largest, most diverse ever study of prostate cancer genetics brings disparities into focus 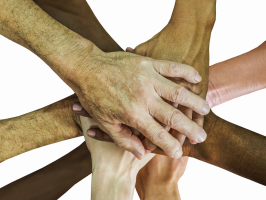 Some racial and ethnic groups suffer relatively more often, and fare worse, from common ailments compared to others.

Yet whites are often overrepresented as research participants, making these differences difficult to understand and, ultimately, address.

With this problem in mind, scientists at the USC Center for Genetic Epidemiology and the Institute for Cancer Research, London, led a study that brings together data from the majority of genomic prostate cancer studies globally.

Including more than 200,000 men of European, African, Asian and Hispanic ancestry from around the world, the study is the largest, most diverse genetic analysis ever conducted for prostate cancer - and possibly for any other cancer.

Applying a model for assessing prostate cancer risk based on the interplay of these genetic factors, the researchers showed that men of African ancestry inherit about twice the prostate cancer risk on average compared to men of European ancestry, while men of Asian ancestry inherit about three-quarter the risk of their white counterparts - evidence that genetics play some part in the differences in how often cancer occurs in different racial groups.

This research is also a step toward applying precision medicine to early detection.

"Our long-term objective is to develop a genetic risk score that can be used to determine a man's risk of developing prostate cancer," said corresponding author Christopher Haiman, ScD, professor of preventive medicine at the Keck School of Medicine of USC and director of the USC Center for Genetic Epidemiology. "Men at higher risk may benefit from earlier and more frequent screening, so the disease can be identified when it's more treatable."

Haiman and his colleagues used genomic datasets from countries including the U.S., the UK, Sweden, Japan, and Ghana to compare 107,247 men with prostate cancer to a control group comprising 127,006 men.

By examining a spectrum of races and ethnicities, the study's authors aim to make the genetic risk score more useful for more people.

"We not only found new markers of risk, but also demonstrated that, by combining genetic information across populations, we were able to identify a risk profile that can be applied across populations," said Haiman. "This emphasiSes the value of adding multiple racial and ethnic populations into genetic studies."

Today's screening guidelines for prostate cancer suggest that those 55 and older with average risk can choose to take the prostate-specific antigen (PSA) test in consultation with their physicians.

With widespread use, it too often leads to unnecessary treatment.

The PSA test's value as a screening tool would grow if it were deployed selectively to monitor people found to be at high risk for prostate cancer - which is where the genetic risk score could come into play.

Those at particularly high risk might even begin screening before age 55.

In order to translate the current research findings into better early detection, a large-scale clinical trial would be needed.

"Most important, unlike previous screening trials, this one would need to be more representative of the diversity we see in the world," Haiman said. "No population should get left behind."