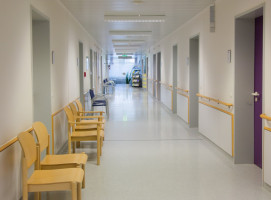 Cancers associated with smoking or obesity comprised a majority of SPC incidence and mortality among all survivors.

The study appears in JAMA.

"The number of cancer survivors who develop new cancers is projected to increase, but, until now, comprehensive data on the risk of SPCs among survivors of adult-onset cancers has been limited."

For the study, investigators analysed data on nearly 1.54 million cancer survivors from 1992 to 2017 from 12 Surveillance, Epidemiology, and End Results registries in the United States.

However, study authors note the prevalence of smoking- and obesity-related cancers in SPC incidence and mortality.

Among survivors of all cancers, four common smoking-related SPCs including lung, urinary bladder, oral cavity/pharynx, and oesophagus, accounted for 26% to 45% of the total SPC incidence and mortality.

Furthermore, lung cancer alone comprised 31% to 33% of the total mortality from SPCs.

"These findings reinforce the importance of coordinated efforts by primary care clinicians to mitigate the risks of SPCs through survivorship care, with greater focus on lifestyle factors, including smoking cessation, weight management, physical activity, and healthy eating, as receipt of counselling or treatment (tobacco only) to aid in the adoption of healthy habits," said Ahmedin Jemal, PhD, senior author of the paper.