Incidence of oesophageal adenocarcinoma is increasing in younger adults 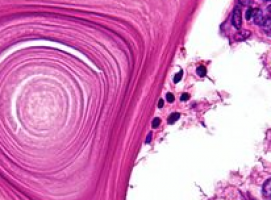 Oesophageal adenocarcinoma is occurring more frequently in adults under age 50, and these younger adults are more likely to be diagnosed at advanced stages.

Oesophageal cancer is a relatively rare cancer, with 18,440 cases expected to be diagnosed in the United States this year, according to the Surveillance, Epidemiology, and End Results (SEER) database.

While those cases account for only about 1 percent of U.S. cancer diagnoses, oesophageal cancer has poor survival outcomes, with a five-year survival rate of only 19.9 percent.

"Patients who present with late-stage oesophageal cancer typically have poorer outcomes than those with early-stage disease. As such, it is important to understand the epidemiology of oesophageal cancer to target our screening strategies," Iyer said.

Oesophageal adenocarcinoma (EAC) is one of the most common types of oesophageal cancer.

In this study - published in Cancer Epidemiology, Biomarkers & Prevention, a journal of the American Association for Cancer Research - Iyer and colleagues sought to assess trends in incidence, stage, and survival outcomes in patients diagnosed with EAC before age 50 compared with those diagnosed at later ages.

The researchers used the Surveillance, Epidemiology, and End Results database to identify 34,443 cases of EAC diagnosed between 1975 and 2015.

They calculated age-standardised incidence across three age groups: under 50; 50-69; and 70 and over.

Incidence of EAC increased across all age groups, with the rate of incidence for patients under age 50 increasing an average of 2.9 percent per year between 1975 and 2015.

Author's Comments: The authors cautioned that while EAC remains a rare cancer, especially in those under 50, clinicians and patients should be aware of the increasing incidence and the poor survival outcomes in younger patients.

"The magnitude of late-stage disease and poor cancer-related survival in this age group were surprising findings for us," Iyer said. "We are also concerned by the trend of increase over the past four decades."

The authors pointed out that the rising incidence of EAC in younger adults mirrors the trend in colon cancer.

In both cases, physicians may attribute symptoms to other causes, delaying diagnosis and potentially leading to worse outcomes, said Codipilly.

The authors added that patients should be aware of risk factors and symptoms of oesophageal cancer.

They added that certain high-risk groups, such as those with long-term reflux and those with a family history of oesophageal cancer, should discuss screening with their health care providers.

"Physicians must keep in mind that EAC is not a disease of the elderly, and that outcomes for young people with EAC are dismal," Codipilly said. "Our findings suggest that physicians should have a low threshold of suspicion for patients who present with dysphagia (difficulty swallowing). While younger patients would typically not be at high risk for EAC, they may benefit from an upper endoscopy."

This procedure, in which doctors examine the upper lining of the digestive tract, could rule out EAC or could help diagnose the disease at an earlier stage, when it is easier to treat, the authors said.

The authors noted that a limitation of the study is that researchers could not examine individual-level data.

Also, comorbidity information was not available in the SEER database.