For people with certain BRCA mutations, activating the immune system could be promising treatment 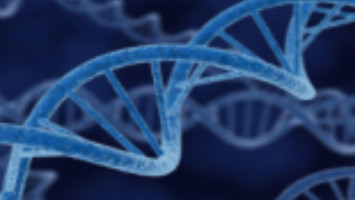 Treatments that harness the immune system to fight cancer have greatly improved outcomes for some people with cancer.

Scientists are learning more about why some people respond much better than others to these drugs.

One major factor is something called tumour mutation burden (TMB)-- the number of DNA changes a tumour has.

Studies from researchers at Memorial Sloan Kettering and elsewhere have shown that tumours with high TMB tend to respond better to immune checkpoint inhibitors.

In 2017, the US Food and Drug Administration approved the checkpoint inhibitor pembrolizumab for the treatment of tumours with a type of genetic defect called mismatch repair (MMR) deficiency.

MMR is one of several DNA repair pathways that cells use to fix mistakes in DNA.

Mutations in this pathway lead to faulty DNA repair and therefore to higher TMB.

Next to MMR, the most commonly mutated DNA repair pathway is called homologous recombination, which repairs double-strand breaks in DNA (in other words, when both of sides of the DNA "ladder" are broken).

The cancer-predisposition genes BRCA1 and BRCA2 belong to this pathway.

When they are mutated, DNA damage accumulates and one's risk increases for developing several types of cancer, including breast, ovarian, prostate, and pancreatic cancers.

Scientists at MSK are now reporting that mutations in one BRCA gene, but not the other, produce tumours that respond well to immunotherapy.

"When we started this work, we assumed that tumours with both types of homologous recombination deficiency would respond to immunotherapy based on having a high mutation burden," says physician-scientist Nadeem Riaz. "But we found instead that BRCA2-mutated tumours responded much better than BRCA1 tumours."

The unexpected results, which were published in the journal Nature Cancer, may have implications for the types of treatments that people with BRCA2 mutations should consider.

The researchers made their discoveries using both human data and mouse models.

When they compared tumour mutations and clinical information from patients treated with immunotherapy at MSK, they found a direct correlation between mutations in BRCA2 and better survival after treatment.

To confirm that this correlation was more than simply a chance finding, they created genetically engineered mouse models of BRCA1- and BRCA2-mutant breast and colorectal cancers.

In both cases, they found that only the BRCA2-mutant tumours responded to treatment with checkpoint inhibitors.

In addition to being surprising, the results were a bit counterintuitive.

"Five years ago, people would've probably thought BRCA1 was going to be the more immunogenic tumour," Dr. Riaz says. "That's because of the two types, BRCA1-mutant tumours tend to have higher number of immune cells inside them. You might expect that having more immune cells would mean a better response to immunotherapy. But in fact, it was the BRCA2-mutant tumours that showed the better response."

If BRCA1 and BRCA2 are both involved in homologous recombination, and both lead to higher TMB, why is it only the BRCA2-mutants that seem to respond to immunotherapy?

According to the study authors, it may have to do with the type of mutations that each produces.

These mutations shift the reading frame of genes and change how the DNA sequence is translated into protein.

Imagine the gene is a sentence that reads: "I like chocolate ice cream." A deletion of one DNA letter might change the sentence to read: "I likc hocolatei cec ream."

The immune system senses these misspelled proteins as foreign and attacks cells containing them.

By contrast, BRCA1 creates different types of mutations, which are not as readily detected by the immune system.

Jorge Reis-Filho, a physician-scientist in MSK's Department of Pathology and a collaborator on the Nature Cancer study, says the results underscore the importance of testing assumptions.

"Sometimes we think that we know the biology and know what to expect, but when we investigate in detail using the right tools, the results surprise us," he says.

"Often it's not what we don't know that get us in trouble, it's the things that we think we know for sure that can lead us astray," he adds.

The new publication is the first to emerge from the Precision Radiation Oncology Initiative, which Dr. Riaz leads.

Created by the Chair of MSK's Radiation Oncology Department, Simon Powell, the Initiative is geared toward making radiation a type of targeted therapy when used in combination with other treatments such as immunotherapy.

Because radiation damages DNA and forces cells to use their DNA repair pathways to fix the damage, the DNA repair defects that cancer cells often have can be exploited against them.

While these new findings need to be confirmed by others and validated in clinical trials, they do suggest that people with BRCA2-mutant tumours may wish to consider enrolling in clinical trials of immunotherapy.