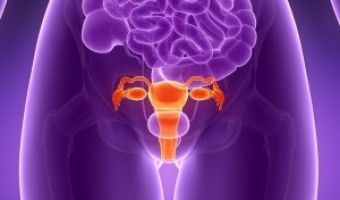 Any given tumour is composed of a multitude of cell types that can each look or behave differently from its neighbours.

An emerging body of research suggests that these differences can influence disease progression or the way a tumour responds to drugs.

Now, a new study by Harvard Medical School scientists shows that such cell diversity can also play a critical role in a cancer's ability to invade distant sites throughout the body, a process known as metastasis.

The team isolated subpopulations of cells from human ovarian tumours and found that none had the ability to form metastatic tumours on its own.

But when certain subpopulations commingled, a cooperative biochemical interaction between the cells acted as a switch that triggered metastasis.

The findings shed light on a novel mechanism that drives tumour spread and opens new paths of study to prevent or design targeted treatments against one of cancer's deadliest features.

"Crosstalk between otherwise innocuous cells within a tumour can play a key role in determining the metastatic capacity of a cancer," said senior study author Joan Brugge, the Louise Foote Pfeiffer Professor of Cell Biology in the Blavatnik Institute at HMS.

"This mechanism needs to be considered in efforts to identify relevant therapeutic targets for the extremely difficult challenge of blocking metastasis," said Brugge, who is also co-director of the Ludwig Center at Harvard.

As scientists work to better understand the role of cell diversity within tumours, evidence has hinted that cells can cooperate to increase rates of growth and spread.

The details of how this occurs, however, had thus far remained unclear.

They focused on a cell line derived from human ovarian cancer, which was known to form metastatic tumours when transplanted into mice.

The team isolated numerous single cells and expanded each cell into a population of identical clones.

Based on differences in cell shape and growth, they selected 11 of these populations for study.

When the team injected a mixture of all 11 clonal populations into the abdomens of mice, they observed robust growth and the formation of metastatic solid tumours on different organs as expected.

However, when each population was injected individually, only one clone, called CL31, exhibited significant growth.

The rest were either stagnant, decreased in number or died off entirely.

Remarkably, none of the clones, including CL31, were capable of forming solid metastatic tumours on their own.

"All the clones except one just died when injected individually, and the only way to get metastases was to mix the populations together," Brugge said. "We had no idea we would observe what we did, and this was the phenomenon that drove us for years to better understand."

To identify how mixed cancer cells led to tumour spread whereas individual subpopulations did not, the team labeled each clone with a unique DNA barcode and looked at the composition of metastatic tumours.

Initially, all 11 clones were present in roughly the same numbers following transplantation into the mouse.

But after a few weeks, more than 80 percent of cells were CL31 clones.

By week 10, metastatic tumours had formed that were almost entirely composed of CL31.

Genetic analyses revealed that CL31 cells exclusively possessed amplified levels of the gene ERBB2, which encodes a growth factor called HER2 that has been implicated in certain types of breast cancer.

Notably, when the original tumour was genetically analysed in bulk, the researchers saw small populations of cells with amplified ERBB2, confirming that the single-cell cloning approach successfully identified rare cells from the original tumour.

Searching for factors that activate ERBB2 in CL31 cells, the researchers homed in on a signalling protein called amphiregulin, which is found in elevated amounts in advanced ovarian cancers and has been associated with poor prognosis.

The team identified a specific clonal population that expresses high levels of amphiregulin.

When injected together with CL31, the mixture of these two cell subpopulations was sufficient to cause metastases.

But this teamwork was only temporary, as CL31 soon outcompeted its partner.

After a few weeks, only CL31 cells remained in the tumours.

Further experiments revealed that exposure to amphiregulin for only a short window of time after injection of the CL31 is sufficient to act as a switch that allows CL31 to form metastatic tumours.

"Identifying the molecular mechanism underlying the clonal cooperation was challenging," Naffar-Abu Amara said. "Many working hypotheses arose and died, but eventually pieces of the puzzle started to fall into place. Watching the building blocks ultimately align was a very exciting and satisfying phase in our research."

The identification of this previously unknown mechanism driving metastasis now opens new lines of study to better understand the process and find new approaches to control it, the authors said.

The team conducted experiments that showed blocking the ability of CL31 cells to recognise amphiregulin could interfere with the formation of solid metastatic tumours.

However, myriad questions must be answered before any potential clinical applications can be considered, according to Brugge and colleagues.

The study findings were based on cell and mouse models, and additional research is required to confirm whether the mechanism is similar in humans.

Unlike most other cancers, ovarian cancer cells grow and spread in the fluid of the abdominal cavity, forming solid metastatic tumours on the surfaces of sites such as the diaphragm and pancreas.

Further studies are needed to reveal if similar mechanisms play a role in cancers that spread through the blood or lymphatic systems.

The results also inform efforts to better understand the behaviours and interactions of different cell types within tumours, according to the authors.

These dynamics are increasingly implicated as a cause in unpredictable drug sensitivity, drug resistance and properties such as metastasis.

In addition, the study highlights the importance of animal models in the study of cancer.

Typically, research on metastases involves comparisons between the primary tumour and a metastatic tumour, which can omit information about time-sensitive interactions.

"Because this interaction was transient, standard approaches of comparing primary and metastatic tumours are not feasible," Brugge said. "We would be blind to this kind of mechanism without employing animal models and individual clonal populations of cells."