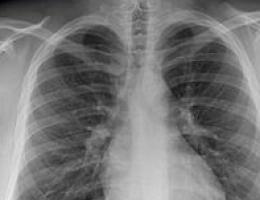 Scientists are beginning to unravel one of the biggest challenges with immunotherapy: why some people with cancer respond to the treatment, while others may not respond at all.

In a new study, researchers at the UCLA Jonsson Comprehensive Cancer Center found patients with a particular type of human leukocyte antigen (HLA), a protein scaffold involved in presenting pieces of proteins described as peptides to the immune system, were particularly likely to benefit from immunotherapy.

This research explained a surprising finding seen among patients in the clinic.

The data, published in Nature Cancer, focused on a type of HLA called B44, which is present in approximately half of people.

In the study, authors figured out that the different responses were driven by the different types of mutations that are common in each of the cancer subtypes.

"Finding out that immunotherapy in HLA-B44 patients performed differently in non-small cell lung cancer than melanoma really set us off on this journey to dive down into how HLA-B44 works," said lead author Dr. Amy Cummings, clinical instructor of haematology/oncology at the David Geffen School of Medicine at UCLA and member of the Jonsson Cancer Center.

"Usually you would think that for two types of cancers that generally respond well to immunotherapy, there would be similar principles in terms of characteristics of patients who benefit, but that's not the case in this instance."

Whole-exome sequencing looks at the protein-making genes and the mutations that may be present in the cancer.

Mutations in protein-making genes often lead to a peptide that the immune system can recognise as abnormal, called a neoepitope.

The team predicted the neoepitopes generated by patients' mutations to identify which would most effectively bind to HLA-B44 and be presented to immune cells.

With this information, they analysed treatment outcomes, including survival.

Through these tests, the researchers found that in HLA-B44 non-small cell lung cancer patients, only those who had neoepitopes similar to those commonly found in melanoma had good responses to immunotherapy.

More importantly, those responses tended to be durable, meaning non-small cell lung cancer patients with HLA-B44 and melanoma-like neoepitopes had responses to immunotherapy that lasted for years, some longer than five years.

"This certainly has a lot of implications for how we run clinical trials and may be able to help us stratify patients much better in terms of their likelihood of response to immunotherapy," said Cummings.

"From the time that we discovered the contradictory outcomes in HLA-B44 patients with melanoma and non-small cell lung cancer, we became fascinated by the mechanism that could explain this," said senior author Dr. Edward Garon, professor of haematology/oncology and director of the signal transduction and therapeutics program at the Jonsson Cancer Center.

"While seeking this explanation, we gained important insight into how the immune system identifies tumours.

We hope to eventually harness these findings to design therapies that can further enhance the immune response against tumours in specific patients."