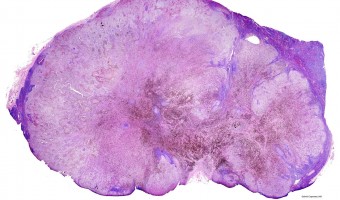 Experts trained a computer to tell which skin cancer patients may benefit from drugs that keep tumours from shutting down the immune system's attack on them, a new study finds.

Led by researchers from NYU Grossman School of Medicine and Perlmutter Cancer Center, the study showed that an artificial intelligence tool can predict which patients with a specific type of skin cancer would respond well to such "immunotherapies" in four out of five cases.

Specifically, the study examined patients with metastatic melanoma, skin cancer that has the capacity to spread to other organs and kills 6,800 Americans each year.

The results are important, say the study investigators, because, while the drug class studied, immune checkpoint inhibitors, has been more effective for many patients than traditional chemotherapies, half of patients do not respond to them.

Adding to the urgency of efforts to determine which patients will respond, researchers say the drugs may cause side effects in many of them and are also expensive."

"Our findings reveal that artificial intelligence is a quick and easy method of predicting how well a melanoma patient will respond to immunotherapy," says study first author Paul Johannet, MD, a postdoctoral fellow at NYU Langone Health and its Perlmutter Cancer Center.

Publishing Nov. 18 in the journal Clinical Cancer Research, the new study is the first to explore artificial intelligence, or machine learning, to predict a melanoma patient's response to immune checkpoint inhibitors, say the study investigators.

The team designed their computer program to "learn" how to get better at a task but without being told exactly how.

Such programs build mathematical models that enable decision-making based on data examples fed into them, with the program getting "smarter" as the amount of training data grows.

For the investigation, the researchers collected 302 images of tumour tissue samples from 121 men and women treated for metastatic melanoma with immune checkpoint inhibitors at NYU Langone hospitals.

Then, they divided these slides into 1.2 million portions of pixels, the small bits of data that make up digital images.

These were fed into the computer along with factors such as the severity of the disease, which kind of immunotherapy regimen was used, and whether a patient responded to the treatment.

The study investigators repeated this process with 40 slides from 30 similar patients at Vanderbilt University to determine whether the results held true from a separate hospital system that used different equipment and sampling techniques.

The researchers note that aside from the computer needed to run the program, all of the materials and information used in the Perlmutter technique are already a standard part of cancer management that most, if not all, clinics use.

"A key advantage of our artificial intelligence program over other approaches such as genetic or blood analysis is that it does not require any special equipment," says study co-author Aristotelis Tsirigos, PhD, director of applied bioinformatics laboratories and clinical informatics at the Molecular Pathology Lab at NYU Langone.

Further, they argue that the AI method is more streamlined than current predictive tools such as analysing stool samples or genetic information, which promises to reduce treatment costs and speed up patient wait times.

"Even the smallest cancer center could potentially send the data off to a lab with this program for swift analysis," says study senior author Iman Osman, MD.

Osman is the Rudolf L. Baer MD Professor of Dermatology at NYU Langone and its Perlmutter Cancer Center.

Osman, who also serves as director of the interdisciplinary melanoma program and associate dean for translational research support at NYU Langone, adds that the algorithm is not yet ready for clinical use until they can boost the accuracy rate from 80 percent to 90 percent and test the algorithm at more institutions.

She says the research team next plans to collect more data to better train the computer.

Even at its current accuracy, Osman notes, the AI tool can still be used as a screening method to determine which patients across populations would benefit from more in-depth tests before treatment.