The lung microbiome may affect lung cancer pathogenesis and prognosis 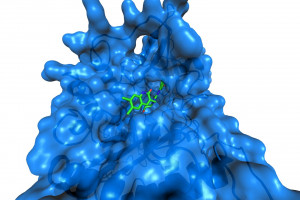 Enrichment of the lungs with oral commensal microbes was associated with advanced stage disease, worse prognosis, and tumour progression in patients with lung cancer.

Cancer Discovery, a journal of the American Association for Cancer Research published this study.

"The lungs were long thought to be sterile, but we now know that oral commensals--microbes normally found in the mouth--frequently enter the lungs due to unconscious aspirations," said Segal.

Prior research from Segal and colleagues showed that the presence of microbes in the lung can activate the immune response, leading to the recruitment of immune cells and inflammatory proteins such as the cytokine IL-17, which has been shown to modulate lung cancer pathogenesis.

"Given the known impact of IL-17 and inflammation on lung cancer, we were interested in determining if the enrichment of oral commensals in the lungs could drive an IL-17-type inflammation and influence lung cancer progression and prognosis," Segal explained.

Samples were analysed to identify microbial composition and to determine which genes were expressed in lung tissue.

The researchers found that patients who had advanced-stage lung cancer (stages 3b-4) had greater enrichment of oral commensals in the lung than those who had early-stage disease (stages 1-3a).

Furthermore, the enrichment of oral commensals in the lung was associated with decreased survival, even after adjusting for tumour stage.

In patients with early-stage disease, enrichment of Veillonella, Prevotella, and Streptococcus was associated with activation of the p53, PI3K/PTEN, ERK, and IL-6/IL-8 signalling pathways.

A Veillonella strain, found to be enriched in patients with advanced-stage lung cancer, was associated with the expression of IL-17, cell adhesion molecules, cytokines, and growth factors, as well as with the activation of the TNF, PI3K-AKT, and JAK-STAT signalling pathways.

Segal and colleagues also examined the effects of the lung microbiome in a mouse model of lung cancer.

They seeded Veillonella parvula in the lungs of mice with lung cancer to model the enrichment of oral commensals.

To understand the role of IL-17 in lung cancer pathogenesis, Segal and colleagues treated Veillonella parvula-enriched mice with an antibody targeted to IL-17, which resulted in a significant decrease in tumour burden compared to mice treated with a control.

"Given the results of our study, it is possible that changes to the lung microbiome could be used as a biomarker to predict prognosis or to stratify patients for treatment," said Segal.

"Another exciting possibility is to target the microbiome itself or the host response to microbes as a form of cancer therapy.

Our results using an antibody against IL-17 suggest that this could be an effective strategy."

A limitation of the study was that the sample size prevented additional stratification of patients into subgroups based on the treatments they received.

Additionally, since the lung microbiome was only sampled prior to treatment, changes resulting from treatment could not be assessed.