One way to prevent cancer: map the fundamentals of how cells go awry 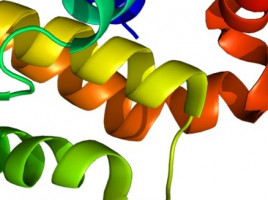 Someday, scientists may be able to prevent cancer by controlling two proteins that operate deep inside the quagmire of epigenetic cell fate transitions, a new paper suggests.

Published by Nature Communications, the article describes a dynamic push and pull between the proteins ANP32E and H2AZ.

Their relationship is significant because too little of H2AZ promotes cell division and aggressive tumours, while high levels of H2AZ promotes chaos and metastatic cancer -- and ANP32E acts as a "chaperone" that directs H2AZ, said the study's corresponding author, Patrick Murphy, Ph.D.

He is an assistant professor of Biomedical Genetics at the University of Rochester Medical Center and a Wilmot Cancer Institute investigator.

Abundant levels of H2AZ are often found in people with breast and brain cancer and melanoma.

With a "normal" amount of H2AZ, Murphy said, healthy cells can turn off the signals that permit cancer cells to divide and tumours to grow.

Epigenetics is at the root of Murphy's work.

The field has been around for 80 years but is getting a lot of buzz more recently.

Scientists and cancer patients are learning what biological factors influence inherited gene changes and predisposition to diseases, and how lifestyle behaviors passed down through generations and chemical exposures can also switch the function of genes and lead to cancer and other illnesses.

The core of epigenetics is understanding how two cells can have the same DNA but have different functions in the body.

The work by the Murphy lab adds a critical bit of information as scientists clamor to find the factors that activate or silence genes during cell transitions.

His lab showed that when they eliminated ANP32E from connective tissue of mice, H2AZ spreads wildly.

Therefore, if researchers can find a way to inhibit ANP32E and control the H2AZ protein in humans, it might make cancer cells more sensitive to anti-cancer drugs or immune-system attack.

The Wilmot team was able to hone in on exactly how ANP32E and H2AZ coordinate to control DNA activity and cellular instructions.

The "precise control of ANP32E levels and H2A positioning may be critical for preventing carcinogenesis," the paper stated.

"Thus, it will be important for future studies to investigate the mechanisms described here in the context of human diseases, including cancer."