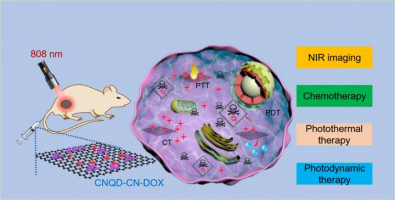 The team took an organic solvent (formamide) as the carbon and nitrogen source and then developed CNQD-CN.

CNQD-CN can be utilized as a near-infrared (NIR)/pH dual-responsive drug delivery system to improve the response to chemotherapy.

It possesses both light-to-heat conversion and singlet oxygen generation capabilities under a single NIR excitation wavelength for combined photodynamic and photothermal therapy.

This study was a further step in realising the advantages of imaging-guided synergistic cancer therapy.